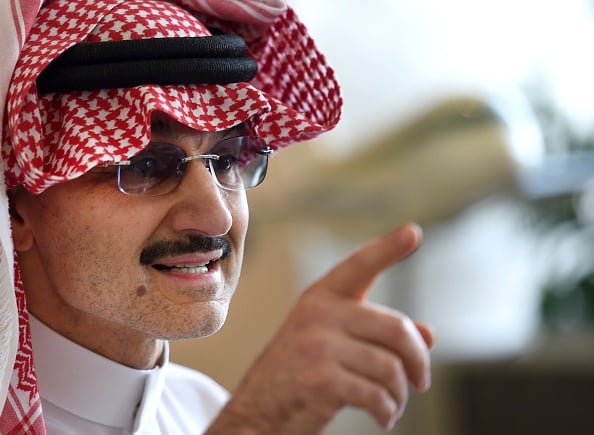 Saudi Arabia’s richest businessman Prince Alwaleed bin Talal has seen his fortune tumble this year after being detained under the kindgom’s corruption crackdown.

The billionaire, among hundreds of businessmen, former government officials and royals detained last November, was reported to have settled with the government prior to his release in late January.

Bloomberg reported on Wednesday that Alwaleed’s fortune had dropped to $15.2bn, its lowest level since the news service began its billionaire’s index in April 2012.

The drop came after figures from the businessman’s private office showed the value of his portfolio of public equities, stakes in companies and Saudi real estate fell by $760m in the first three quarters of the year.

This included “minor adjustments” to the value of his assets including the sale of the royal’s stake in US ride hailing company Lyft to his investment firm Kingdom Holding.

Kingdom Holding itself has lost 70 per cent of its value since hitting a record high in 2014, including a 20 per cent decline following Alwaleed’s sudden imprisonment at the Ritz Carlton hotel in Riyadh late last year. 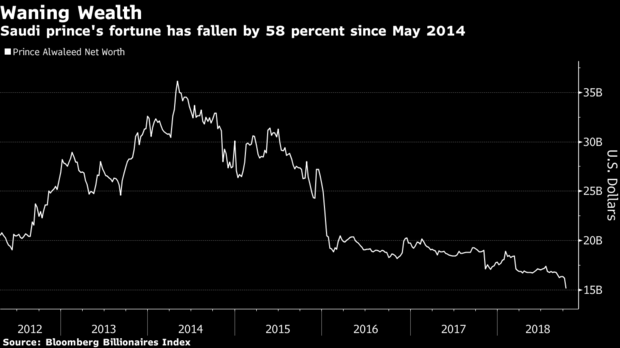 The investment firm has also sold stakes in various hotels and its interest in Movenpick Hotels and Resorts over the last 12 months.