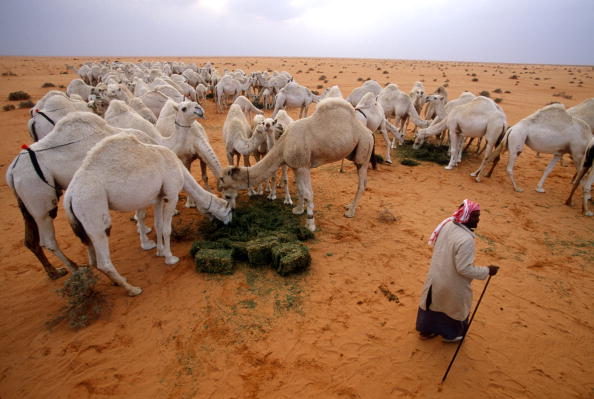 Saudi Arabia’s Ministry of Environment, Water and Agriculture said on Monday it would enact a five-year ban the entry of farmers and their livestock from other GCC countries for grazing.

The ban came into force from the beginning of the Islamic month of Muharram (September 11) and is intended to preserve the kingdom’s environmental resources.

The ministry said the kingdom would save more than 8 million cubic metres of groundwater through the decision, which follows a decision by the Council of Ministers to stop the cultivation of livestock feed from around October 10.

Saudi Arabia previously ended its domestic wheat production programme in the 2015/2016 period after more than three decades due to similar concerns over groundwater.

Monday’s decision is most likely to affect farmers from Kuwait and the United Arab Emirates after the kingdom’s Qatari land border was closed following a Saudi-led boycott that began in June 2017.

Reports in March indicated that thousands of Qatari camels were shipped home via Kuwait after being left stranded in Saudi Arabia.

The kingdom previously approved a $245.bn support programme for the environment, water and agriculture sectors under its Vision 2030 reform plan.