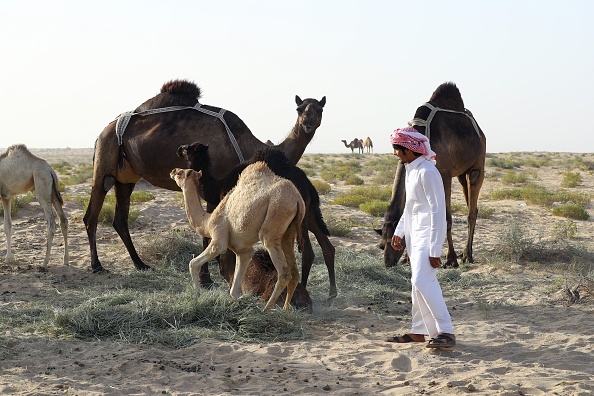 Thousands of Qatari camels stranded in Saudi Arabia are reportedly being shipped home via Kuwait as a regional rift continues.

The resulting closure of the land border between Saudi Arabia and Qatar had meant Qatari camel owners were unable to retrieve their animals, which were previously sent to graze in the kingdom.

Last month, the Saudi government allowed the camels to be released via Kuwait, according to Kuwait Times.

Owner Rashid Al-Marri told the publication on Wednesday that he had transported 150 adult and 40 young camels to Kuwait’s Shuwaikh Port at considerable personal expense.

The animals were moved via seven trucks, with a fee of SAR2,000 ($533) required for each camel leaving Saudi Arabia.

Thousands of other camels have arrived at the port after the Qatari government promised to ship them home for free.

“I don’t know the exact number of Qatari camels in Saudi Arabia, but I assume it’s around 10,000,” Marri was quoted as saying.

“Some of them have already left and others will leave in the next few days.”

The long journey to Shuwaikh Port has taken its toll on the health of the camels, he said, and there was frustration yesterday after the arrival of the ship appointed to transport his animals was delayed.

Each vessel is expected to carry 200 to 400 camels back to Qatar in the coming days.

“I wonder why the Qatari committee in charge of transporting our camels gave me an appointment to come to the port if the ship hasn’t arrived and I can’t leave,” he said.

There has been little progress on ending the Qatar dispute in recent months, despite mediation efforts from Kuwait and the United States.

US President Donald Trump’s administration is hoping to host the leaders of the six-member Gulf Cooperation Council later this year but wants the dispute resolved before the summit.

The three Gulf countries and Egypt have asked Qatar to shut down TV network Al Jazeera and sever ties with Iran to resolve the dispute.