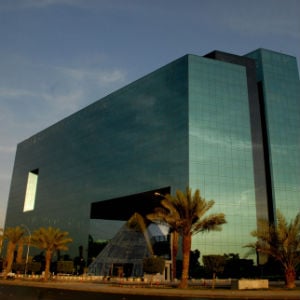 The Saudi banking sector, by some way the biggest banking market in the GCC, has remained relatively unscathed throughout the turmoil of the last few years. Even the large domestic issue and losses at the Saad and Algosaibi groups was well contained and did not have any significant impact on the health of the Kingdom’s banking sector. Moreover, the global financial issues and, in particular, the problems for European sovereigns and banks, are not having a big influence on Saudi bank performances despite the fact that foreign owners remain important investors in the Kingdom’s banking system. Overall, the financial profile of the sector remains strong.

The Saudi banking sector maintains asset growth above that of the GCC banking sector and credit growth in 2011 has been robust as increased public spending by the Kingdom transfers down the line through corporate loan demand and retail credit growth. In particular, and in response to the Arab Spring and protests seen in regional neighbours, the government launched in 2011 a $125 billion spending plan to boost growth and distribute wealth more widely. Specific areas included building more homes and addressing the unemployment rate, which is currently around 10 per cent. Large Saudi corporates, such as Saudi Arabian Mining, Saudi Electricity and Sahara Petrochemical, are embarking on large investment programmes with financing being sourced from local banks.

The Saudi banking market benefits from a very strong demographic profile compared to other GCC markets due to its much larger population and young and growing demographic sub-set. For the year to June 2011, corporate loans in the sector rose by six per cent whilst retail lending grew by a higher 11 per cent.

The growth trend is improving as, back in first half 2010, loan growth was flat. The manufacturing sector in particular grew by a strong 28 per cent although from a relatively low base. Saudi banks easily have the capacity to increase lending further as balance sheets are strongly capitalised, are liquid, and the key loans to customer deposits is low compared to other Gulf banking markets.

Volume growth in loans is compensating for some margin pressure in the sector. Net interest margins are quite tight due to low domestic market interest rates and noted competition for earning assets within the sector. The rising element of retail banking, where margins are much better than corporate lending, is supporting the overall position as is the large base of low cost deposits in the Saudi banking sector. As the market increases in sophistication and maturity, particularly in respect to retail banking, banking fee income is rising which is boosting banks’ bottom lines. Overall, net profit for the sector increased by a healthy 13 per cent year-on-year to June 2011, aided by a lower cost of risk.

Saudi banks’ loan asset quality is amongst the best in the GCC and although higher provisioning did impact results in 2010, it is expected that lower provisioning in 2011 and 2012 will boost results. The Kingdom’s banking sector non-performing loans declined by 13 per cent for the 12 months to end June 2011. Moreover, provisioning to NPLs remains amongst the highest in the GCC, at over 120 per cent.

Through to the end of September 2011, the momentum seen in the first half of the year continued. The impact from the government’s spending programme is filtering through, boosting loan demand. Only one out of 11 Saudi publicly traded banks saw a fall in their loan book in the first nine months of the year with loans rising by nine per cent. Islamic bank Alinma recorded the biggest rise at 75 per cent. Other Islamic lenders including Bank Aljazira saw increases of 19 per cent and AlRajhi Bank 12 per cent. Islamic banks in the Kingdom are currently recording growth rates above those of their conventional bank peers. On the profit side, Saudi British Bank’s net profit grew by 50 per cent, Raiyad bank by 30 per cent and Al Rajhi Bank by 18 per cent.

Over the years, the Saudi banking sector has derived great benefit through the presence of international financial institutions such as HSBC and Citigroup. Most Saudi banks’ shareholder base includes important stakes held by blue chip institutions and domestic banks have benefited from shared expertise and technology.

The banking sector is tightly run by the Saudi Monetary Authority (SAMA) and the strength of Saudi banks’ financial profile reflects the prudency of the local regulator. Moreover, in some areas it has enacted prudential regulations which, only now, other global regulators are debating. For example, some years ago it separated investment banking activities in Saudi banks from commercial banking operations.

Oil continues to propel the Saudi economy and growth is expected to be a strong 6.5 per cent in 2011 and similar for 2012. Banking authorities are forecasting banking loan growth of around 11 per cent this year and 12 per cent for 2012. This compares to five per cent in 2010. Saudi banks’ outlook appears positive despite the turmoil on world financial markets.