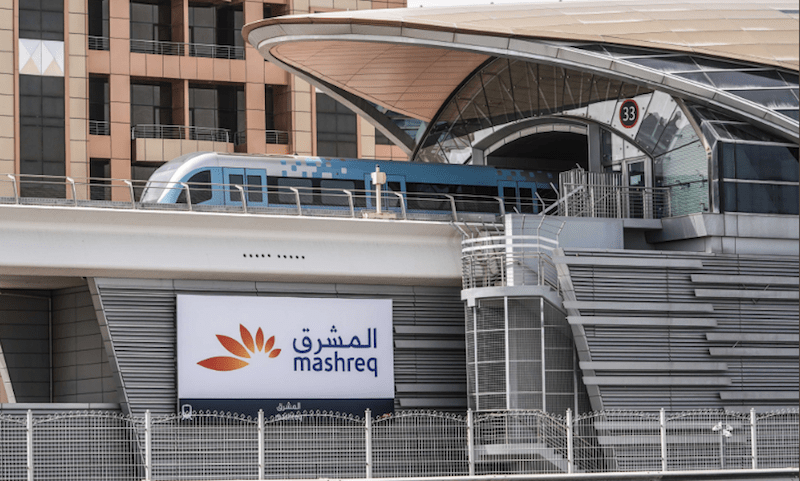 Dubai’s Road and Transport Authority (RTA) has confirmed that three metro stations in the emirate will be renamed.

Sharaf DG Metro Station located on the Red Line close to the Mall of the Emirates will now be called Mashreq Metro Station.

Palm Deira and Nakheel Harbour and Tower stations, both of which located on the Green Line, will also be renamed to Gold Souq and Jabal Ali respectively.

The announcement came as RTA signed an agreement with Mashreq Bank for the naming rights on Monday, May 18.

A statement by the Dubai Media Office added that the Mashreq metro station will “enable Dubai Metro’s travelers to enjoy a superior digital banking experience directly at the station.”

The new agreement also entails Mashreq featuring branding assets around the Business Bay metro station where it will enjoy exclusive visibility rights, in addition to the Burj Khalifa metro station located near the bank’s new headquarters set to open in Downtown Dubai later this year.

There will also be Mashreq videos playing inside the metro trains.

Later this year, the bank will also introduce digital assets such as kiosks with touchscreens to offer a more interactive experience with users.

“This strategic partnership represents a long-term investment for us, one that will open yet another channel of communication with existing as well as new customers, from all backgrounds and ages,” said Subroto Som, senior executive vice president and head of retail banking group at Mashreq Bank.

Speaking on the benefits of investing in naming rights of the metro stations, Abdul Mohsen Ibrahim Younes, CEO of Rail Agency who signed the agreement on behalf of the RTA with Mashreq added: “Metro stations naming rights initiative offers a fabulous investment opportunity to private firms and organisations in various trading, financial and service sectors. It enables investors to showcase their names and brands in a vibrant city like Dubai with such a high-profile standing in the business, service, finance and tourist industries.”

The 6,638-square-metre Mashreq Station can accommodate 14,244 riders during peak hours and has a daily capacity to handle 256,392 riders.

The 8,800-square-metre Jabal Ali Station, a transfer station between the Red Line and the new Route 2020 metro line, has a capacity of 16,964 riders during peak hours and a daily ridership of 320,000 riders.