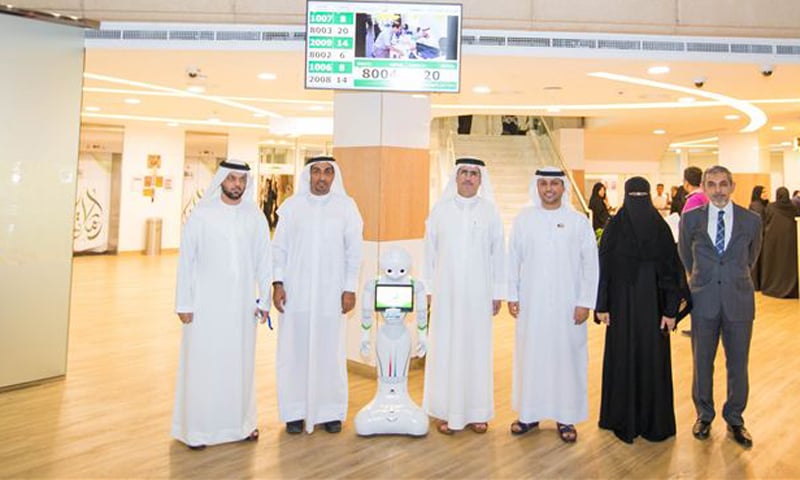 Each robot will have its own employment number, with the first robot to be labelled 99000099.

This is the first integrated smart customer happiness centre in Dubai which relies on artificial intelligence and robotics.

DEWA said in a statement it would take all necessary measures to enhance operational efficiency, according to the highest global standards.

Saeed Mohammed Al Tayer, managing director and CEO of DEWA said: “We have adopted innovation as a cornerstone for continuous improvement to enhance DEWA’s competitiveness in all areas.

“We keep up to date with the Fourth Industrial Revolution, and take advantage of disruptive technologies in various fields, develop AI, Robotics, IoT, 3D printing and by supporting the Dubai 10X initiative, to propel Dubai towards the future, making it 10 years ahead of other global cities, through government innovation, and to enhance Dubai’s leadership in shaping the future.”

DEWA was also the first government organisation to launch an online chatbot in both Arabic and English.

‘Rammas’, DEWA’s virtual employee, was launched at the beginning of 2017 on its smart app, website, and Amazon Alexa’s system.