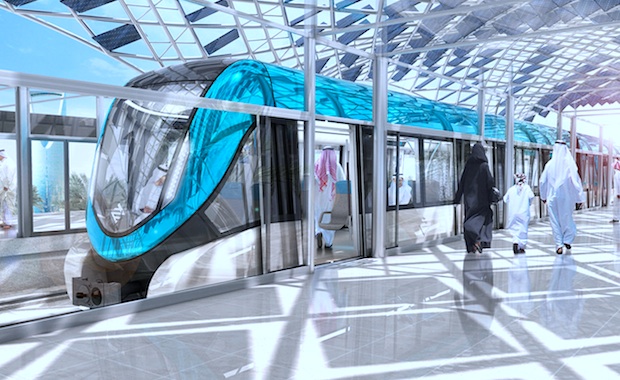 The Riyadh Metro, expected to begin operations next year, will have a positive impact on the Saudi capital’s real estate market, according to a new report by property consultancy Knight Frank.

The impact of the Riyadh Metro on real estate markets across the city is expected to be “wide ranging both in terms of social and economic development”, Knight Frank said in the report.

It will “dramatically alter the dynamics of both residential and commercial real estate markets” when complete, it added.

The consultancy said its recent report on the Dubai Metro showed that the proximity to metro stations can be a trigger for real estate construction and activity.

Developers also tend to focus on projects along existing and upcoming Mass Rapid Transit System (MRTS) routes such as the Expo 2020 route (red line extension), which is due to be operational by 2020.

“We expect the Riyadh Metro to have a similar impact on real estate activity around metro stations both in the residential and commercial markets,” it stated.

“We see that once the Riyadh Metro becomes operational, areas that have been poorly connected or are in secondary locations will have the potential to help deliver a wide range of new real estate projects. These new neighbourhoods are expected to benefit and have the potential to outperform the wider market over the longer term,” the report opined.

Raya Majdalani, research manager at Knight Frank said: “The Riyadh Metro is set to have a marked effect in relation to real estate dynamics and the ability to spur meaningful urban generation.”

In September, Alstom also announced that its FLOW consortium had won a SAR10.9bn ($2.9bn) deal to run the third, fourth, fifth and sixth lines of the metro.

The Metro is planned to accommodate more than 365 million passengers per year in its opening phase and 1.3 billion per year in the future, serving as the backbone of the public transport system in the Saudi capital city.