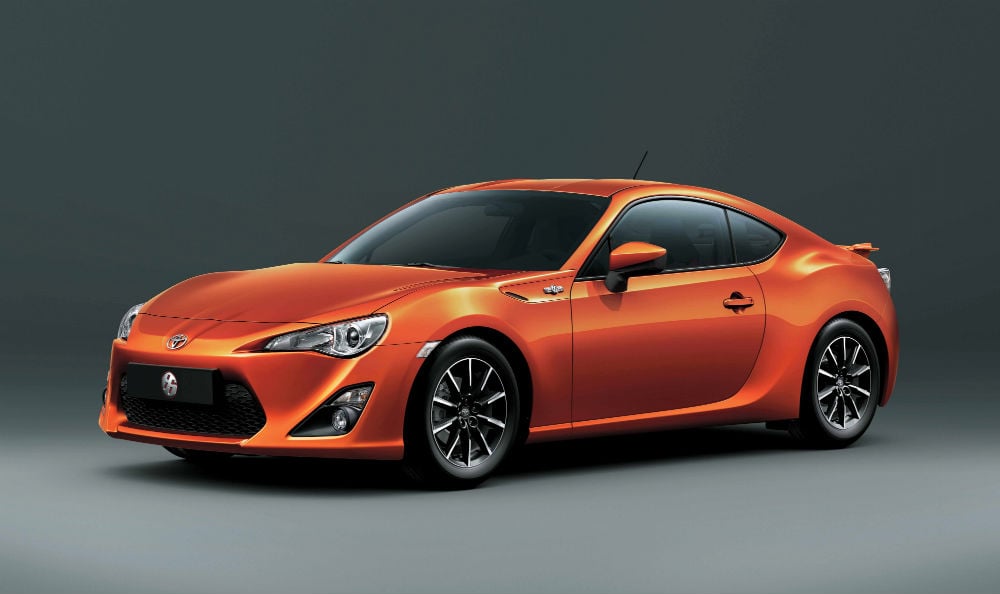 Frankly, some of my media colleagues will do anything to get noticed, such as proclaiming “Toyota Beats Porsche”. They are, off course, referring to the new Toyota 86.

The exterior of the Toyota 86 looks sporty enough. The interior, which is often the downfall of Japanese cars, is minimalist, sporty and tasteful. The rear seats are for midgets only, but they can be folded down for more boot space. The front sports seats are comfortable, the steering wheel has the right feel, and the driver’s view is unobstructed.

On the road the Toyota 86’s suspension is sports car solid but without rattling your teeth. The steering is firm, especially in the centred position, so there won’t be any twitchy inputs. The Toyota 86 is extremely well balanced and steers with scalpel-like precision. The engine noise is a mixture of high-performance whine and chainsaw throb. In ‘Sport’ mode, when you apply the brakes hard, the 86 uses engine-braking effectively and even throws in a throaty blip as the gears change down. In Sport mode the engine redlines at 8,000 revs before changing up.

The Toyota 86 is definitely not the fastest car out the blocks, but once you hit 60 the 2-litre Subaru engine has more torque than you’d expect (200 hp/147 kW at 7,000 rpm and maximum torque of 205 Nm at 6,600 rpm). But not so much torque that the gears don’t change frequently if you’re driving hard through traffic. This car is a reasonable highway cruiser and fine for daily use, but it does attract a lot of tailgaters. When you try to accelerate away, the 86 drops two gears and off you go, but that beastly Chevrolet Lumina or Mercedes SLK remains firmly on your tail. That’s the only time you’ll really wish for more power.

It’s on twisty back roads that the Toyota 86 is in its element. Here the balance and precision steering are really evident. Accelerate in a corner and the back will slide out in a satisfying and controlled manner with some tire-squeal thrown in. I took some serious S-curves on a single lane road and found the Toyota 86 so responsive you could thread a needle with it. Put the Toyota 86 on a brick or concrete surface and even a child can do doughnuts with it. The only thing that doesn’t feel alive is the brake pedal. Sure, the brakes work well, but the pedal doesn’t transmit that – which caused me more than one panic attack.

After playing with the Toyota 86 for four days I’ve concluded that it has a real back to basics feel that puts you, the driver, in charge. Sure, all the requisite safety features are there, but the electronic nanny doesn’t rule. For example, the Toyota 86 has standard tires to make drifting easier, get the back out and create satisfying squeals.

So what’s my verdict? The Toyota 86 is indeed superbly driveable, easy to control and lots of fun – which means the Japanese engineers have achieved their goal. Plus, at its current selling price, the Toyota 86 is the best value-for-money deal around. It doesn’t beat the Porsche in the big picture of things but dirham for dirham – if you want to drive like a teenager – it is more fun.