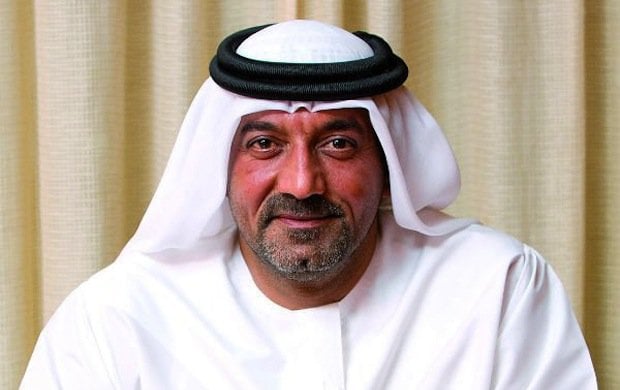 In the 12 months between last year’s list and this year’s ranking we have witnessed the rise and fall of fortunes in various ways. Some people’s reputations have flourished while others have been sullied; some companies’ profits have grown while others have dived; and some long-standing members of the Arab world’s business community have started to give way to their younger counterparts.

In this year’s collection of powerful and influential individuals we have a heady mix of consolidation and breakthrough. Some of the most recognisable names on our list have strengthened their grip on their particular industry, while others have emerged from relative obscurity to make an impact on the world – be it economically, socially, or otherwise. 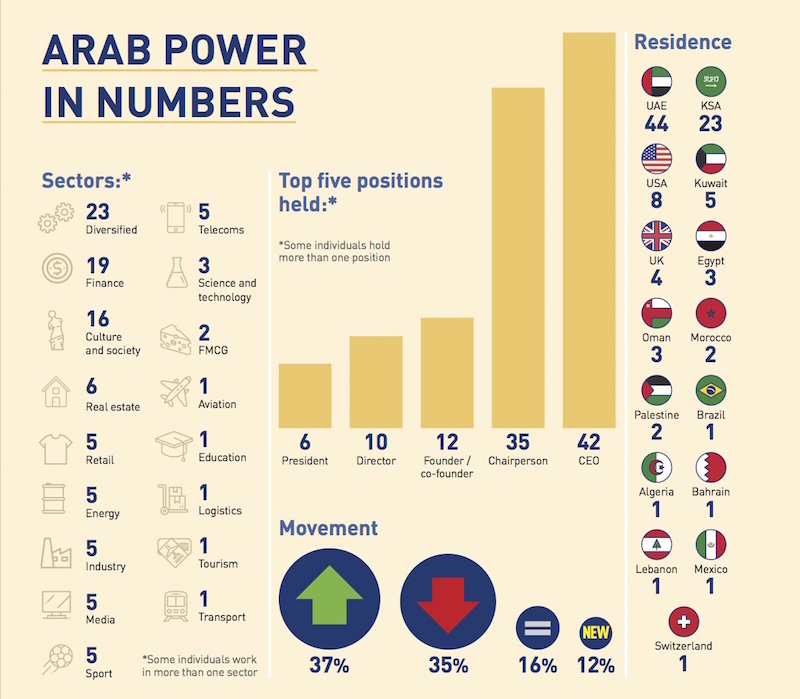 Men still dominate the list – only one quarter of entries being women – while the Gulf region easily emerged as the centre of power – 76 of the top 100 being based in one of the GCC countries.

There are 12 new arrivals on the 2019 list, with the highest placed debutant taking 19th position, and the lowest just making the cut in 100th place.

It might not take too many guesses to correctly identify the individuals who has fallen most places since last year, or even dropped off the list: A notable absence being the automotive boss Carlos Ghosn, following his arrest and detention late last year. Nor will many be surprised by those who have gained most ground, given the number of impressive achievements since February 2018. In total 37 people placed higher this year than last, while 35 placed lower and 16 stayed in the same position.

As usual we have not included members of royal families or government ministers, unless they have an overt presence in the business world.

To find out exactly who has risen and fallen, who has joined the list and how power is being exercised by Arabs around the world, click here to see the complete Arab Power List for 2019.