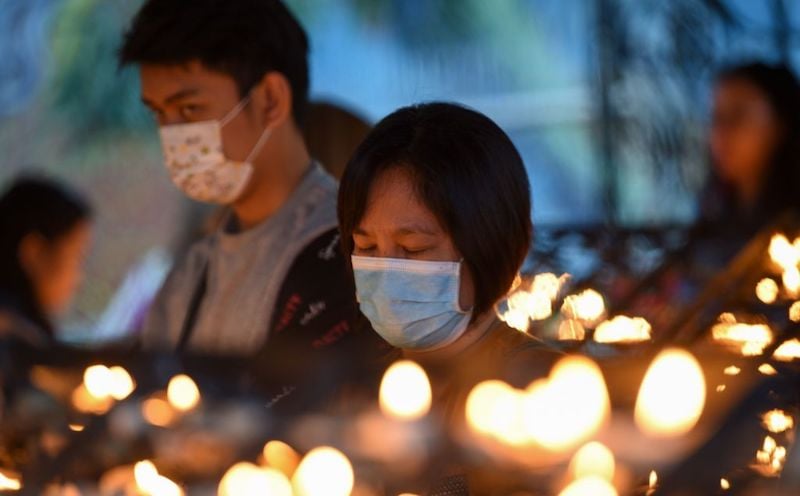 The World Health Organisation (WHO) had forewarned years ago of a “disease X” virus, that could trigger an international epidemic. The new pathogen that surfaced late last year in the Chinese city of Wuhan, and has spread to more than 30 countries having claimed over 2,700 lives globally, could prove to be that mystery virus.

Named for the crown-like spikes on its surface, coronavirus is a family of viruses that cause illnesses manifesting as a common cold. It mutates easily too.

The new disease, now dubbed Covid-19, has wreaked havoc as the world continues to grapple with its method of spread, rate of proliferation, treatment and vaccine, stoking further alarm.

Here’s a roundup of all that is known of the new infection.

The coronavirus is widely accepted to have originated from bats, but being a zoonotic disease – one that spreads from animals to people – it may have passed from bats to pangolins and other intermediary hosts before reaching humans. Experts believe that the current strain of the virus made that jump in a wet food market in the Chinese city of Wuhan. Historically, there has been a considerable demand for pangolin meat and scales in China.

“From the virology evidence available to date, the virus is almost certainly from a species of bat. It is, however, entirely possible that a relatively promiscuous virus could jump from bats to pangolins – or other species – in a wet market or similar unnatural situation, and then from pangolins to people,” Andrew Cunningham, deputy director of science, Zoological Society of London told Science Media Centre.

Signs and symptoms of infection may appear within two to 14 days of exposure and can include fever, cough and shortness of breath. It is likely to spread through a cough, sneeze or other bodily fluids.

The severity of the new coronavirus symptoms can morph from mild to severe, leading up to death. But most of the fatalities have reportedly been elderly individuals or those with pre-existing medical conditions.

When to see a doctor

It is advisable to contact a doctor should any symptoms of the infection manifest, or in case of possible contact with those infected or recent travel to affected countries worldwide.

Although there is no vaccine available to prevent the new coronavirus, studies suggest that 80 per cent of the genetic code of Covid-19 matches that of SARS, which offers a silver lining in terms of curating a new vaccine.

That said, WHO recommends assuming simple protocols to avoid respiratory viruses such as regular hand washing, covering one’s mouth and nose when coughing and sneezing, avoiding contact with anyone who is sick, and thoroughly cooking food items such as meat and eggs.

The coronavirus strain has spread to at least 33 countries – according to the latest update from the WHO.

While the total number of global cases has surged to over 80,990, the majority of them – over 78,000 – have been reported in China. So far, the coronavirus death toll has reached 2,761, including 2,715 in China. Despite the infection evolving at a considerably high pace, WHO hasn’t declared the outbreak a “pandemic” yet.

According to the WHO, the following is a list of 10 countries, territories or areas outside China with the highest number of reported laboratory-confirmed Covid-19 cases as of Tuesday, February 25.

Iran has been singled out as the epicentre of the coronavirus in the Middle East, recording as many as 15 deaths with the number of cases surging past 60.

Across Gulf nations, Bahrain has reported 26 infection cases – the highest in the GCC – linking them to inbound passengers who had flown in from Iran.

Kuwait has reported a total of 18 cases while the UAE confirmed 13 cases, including three who have fully recovered.

Saudi Arabia has not reported any coronavirus case so far.

Impact on the economy

In terms of economic implications, economists at Standard Chartered have opined that the virus could end up affecting 42 per cent of China’s economy, while the International Monetary Fund (IMF) downsized its 2020 growth forecast for China from 6 per cent in January to 5.6 per cent in February.

A string of international airlines have also scrapped flights to China to stem the spread of the virus. The International Air Transport Association (IATA) has forecasted a drop of $30bn in revenues.

Amid rising concerns, the finance heads of world economies convened in Riyadh, Saudi Arabia earlier this month, to discuss the implications of the virus that saw US business activity shrink for the first time since 2013 and prompted China to report a drop in car sales by 92 per cent in the first half of February.