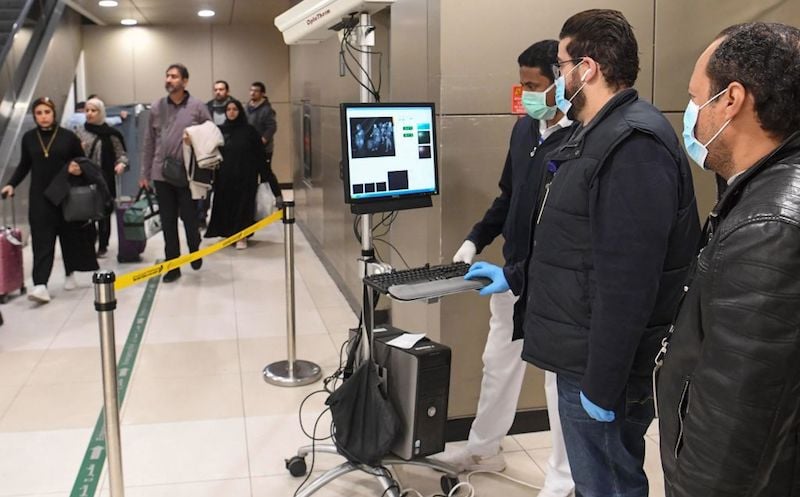 Kuwait reported three new cases of the Covid-19, bringing the overall number of those infected to 12, Kuwait News Agency reported.

The Ministry of Health confirmed that the three new infected cases were related to inbound passengers from Iran.

All the patients were “stable” and receiving necessary medical care in assigned hospitals, the statement said.

The public was advised to abide by guidelines issued by health authorities to contain the spread of the infection.

Two new cases were reported in Oman, increasing the number of those infected to four, Times of Oman reported.

“Two new infections of the novel coronavirus have been recorded in Oman. These were linked to travellers who went to the Islamic Republic of Iran. This increases the number of cases registered in the Sultanate to four,” a statement by the Ministry of Health read.

Two female citizens who had travelled from Iran were confirmed as the sultanate’s first coronavirus cases earlier this week. Over 250 people who had flown in from affected countries were earlier quarantined on suspicion of having contracted the virus.

Meanwhile, Oman Embassy in Rome called on its citizens in Italy to steer clear of crowded areas in a sign of drastic measure after Italy registered over 200 infected cases.

“Italy has announced the closure of 11 towns in north Italy, after the increase in the number of people infected with Coronavirus to more than 200 cases and the death of 4 cases. The embassy calls on Omani citizens to be careful and not enter in crowded places” – a tweet by Oman’s embassy in Rome read in part.

In an attempt to contain the spread of the virus, Oman has suspended all flights to and from Iran.