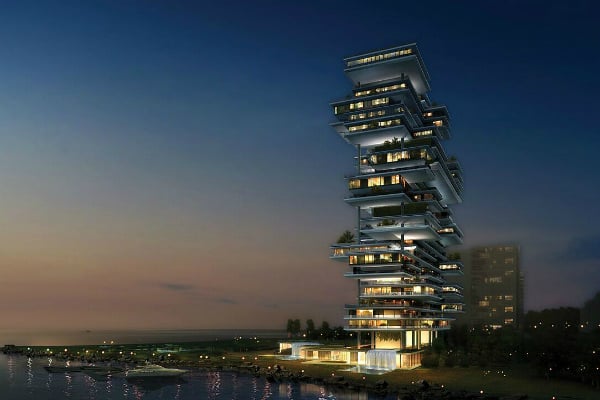 An off-plan five-bedroom apartment that fetched Dhs74m has emerged as the most expensive property sold so far in 2019, according to research from property portal Property Finder.

The unit, which spans 24,000 sq ft, is located in Omniyat’s One Palm project. The developer has said the value of the unit was Dhs73m.

In 2017, a massive penthouse apartment at the same project sold for Dhs102m, becoming the most expensive apartment sold in Dubai that year.

Read: In pics: Dubai’s ‘most expensive apartment’ sold this year

The second-most expensive property sold so far this year is six-bedroom villa in Emirates Hills. Spread across 17,800 sq ft, the unit fetched Dhs64m in the secondary market.

A five-bedroom Garden Home villa on the Palm Jumeirah’s Fronds, which sold on the secondary market for Dhs51, was third on the list, the report said.

Along with Il Primo, other communities seeing a lot of traction in super-luxury residential sales worth Dhs40m and above are Emirates Hills (secondary market) and Bulgari Resort & Residences (off-plan) in Jumeirah Bay.

Buyers seem to have a “bigger inclination for off-plan super-luxury properties versus the secondary market, going by Dubai Land Department statistics for 2019″, the report stated.

In 2018, the most expensive property sold was an Emirates Hills villa which fetched Dhs90m in the secondary market.

“As property prices decline, both in the secondary and off-plan markets coupled with motivated developers offering many different types of incentives, we are seeing more interest for luxury properties, especially from non-residents,” said Lynnette Abad, director of Research and Data, Property Finder.

“In addition, we are also seeing an increase in enquiries for mortgages from non-residents,” she added.

The report also found that several units were now priced much lower than they were in 2017.

Meanwhile the average transaction price for a Polo Home villa in Arabian Ranches (on the secondary market) in 2019 is Dhs8.9m, 7 per cent less than the average price of Dhs9.58m in 2017.

“Properties which were once considered overpriced have become more attractive as prices declined, therefore we are seeing enquiries increase in the more established, prominent and popular areas,” said Abad.

Residential property prices in Dubai continued to drop in the first quarter of the year, and were down 27.1 per cent compared to the peaks seen in mid-2014, a recent report found.

Ratings agency S&P predicted earlier this year that prices in Dubai’s residential market will not recover in 2019.