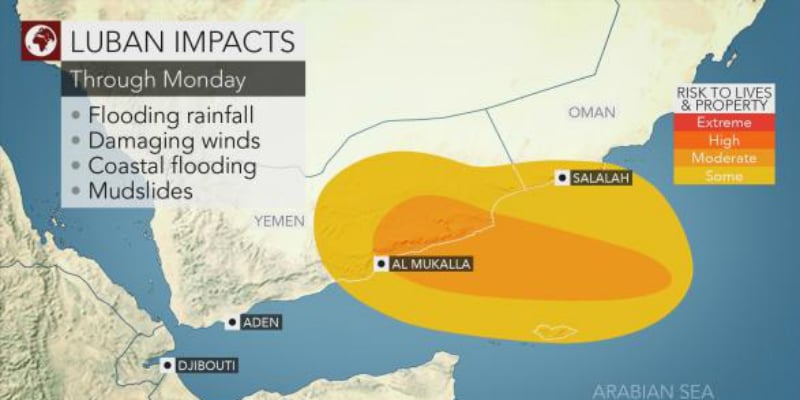 Local reports indicated officials were expecting the number of people in emergency centres to quadruple overnight.

“We have not seen the worst of the storm, and that is why there have been no injuries or deaths,” he was quoted as saying.

AccuWeather said the storm would bring the risk of widespread flooding, mudslides and winds to parts of Yemen, where it is expected to make landfall through Monday.

Nearly 300 people were killed by the two previous cyclones to hit the area.

A total of 71 shelters have been established in Oman’s Dhofar, which was also suffered extensive damage when it was hit by Cyclone Mekunu in May.

Around 25 tonnes of aid has already been spread between Rakhyut, Salalah and Sadah, Al Hajr said.

Salalah Port was closed on Thursday in anticipation of worsening conditions.

On the same day 26 foreign residents were rescued by the coastguard after their ships encountered difficulties.