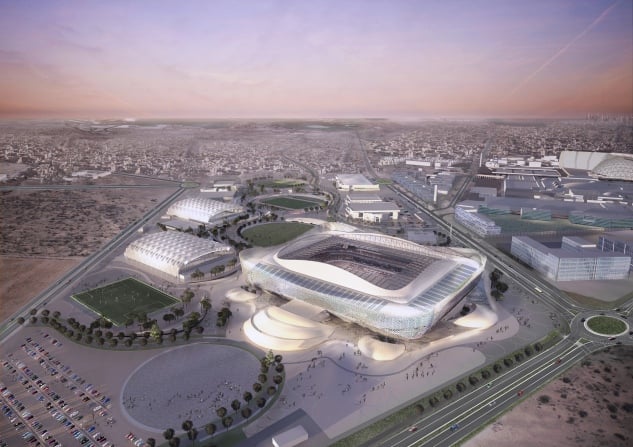 The 40,000-seater stadium is located in an area of 515,400 square metres that already hosts four outdoor training pitches and office facilities of Qatar Football Association.

After it has been used for the tournament, where it is expected to host games up until the quarter finals, its capacity will be reduced to 20,000 seats.

Arab Engineering Bureau was selected as design and construction supervisor for the project in 2015.

Construction work began in mid-2016 under the management of TiME Qatar. Leveling and grading works were also recently completed by Bloom construction.

The design of the stadium will be launched this year and it is expected to be completed in 2020.

“The stadium in Al Thumama is located in one of the most rapidly developing areas of Doha. Once ready, the stadium and its surrounding precinct will not only become one of the capital’s central sporting arenas, but will also serve the local community as a central community destination,” said HE Hassan Al Thawadi, secretary general of the world cup delivery committee.

The main contract for Ras Abu Aboud Stadium will be awarded in the second quarter.