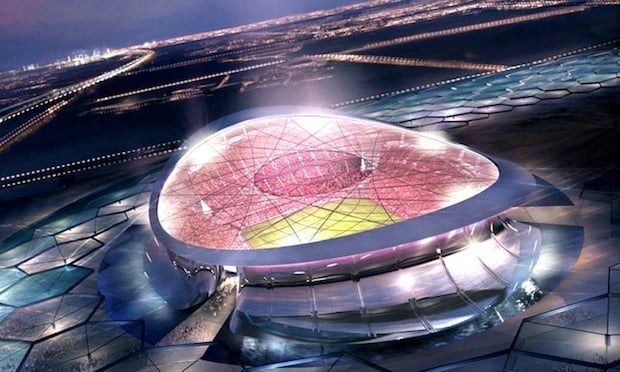 Qatar’s 2022 World Cup organisers have awarded the main contract for the 80,000-seater Lusail stadium, which will host the opening and final matches of the football tournament.

Site construction on the venue, located in Lusail City – 20km north of Doha, began in 2014, with TIME Qatar as the project manager.

By the end of 2016, the main-works contractor will be mobilised on site.

The venue is scheduled for completion by 2020.

“The awarding of this contract comes at a significant time as Qatar and the Supreme Committee for Delivery and Legacy (SC) have just passed the six years to go anniversary and reached the half-way point in our 2022 FIFA World Cup journey,” said SC secretary general, Hassan Al Thawadi.

“Lusail stadium will be the centre-piece of our tournament in 2022, and post tournament will become an integral part of the community in Lusail City in the legacy phase.”

The stadium’s design and its legacy concept will be revealed in 2017, he confirmed.

Located on a 1 sqkm precinct plot along the Al Khor Expressway in the western edge of Lusail City, the stadium has been designed to integrate it with the neighbouring master-plan.

“For Lusail stadium we are building a venue which will become an internationally-recognisable landmark, which has a special significance for us all,” said Mubarak Al-Khulaifi, SC project director at Lusail stadium.

Long-term development plans for the precinct include a Theatre District – that will be the first of its kind in Middle East, a statement said.

The SC also announced that it has awarded Marafeq with the district cooling supply agreement for the stadium.

Marafeq will provide up to 30,000 tonnes of refrigeration to serve the stadium before and during the tournament.

Marafeq Qatar CEO, Ahmed Al Ammari, said: “Our legacy cooling technology will be optimised for this venue in a sustainable and environmentally friendly manner and we will be able to produce up to 30,000 refrigerated tonnes without any energy wasted to cool the stadium and precinct.”

All the eight stadiums currently under construction across Qatar for the 2022 FIFA World Cup will feature cooling technology.