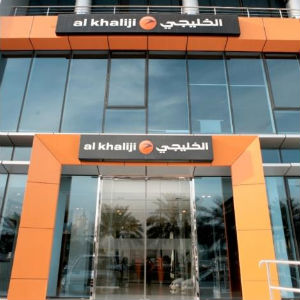 In a regional context, apart from Qatar National Bank, Qatari banks are relatively small but are growing at faster rates than most GCC bank competitors. Together with Qatar National Bank, domestic banks such as Qatar Islamic Bank, Al Rayan and Al Khalij Commercial Bank, are expanding at noted rates driven by Qatar’s strong economic growth profile.

Qatar’s GDP growth rate continues to be incredibly impressive, with expansion of around 20 per cent in 2011, and the country remains one of the fastest growing markets in the world. On the back of the substantial growth in gas production, ongoing large government investment in infrastructure, and large surpluses in fiscal and external accounts, public expenditure remains significant which continues to propel loan asset growth for Qatari banks. The government’s investment programme between 2010 and 2015 is over $100 billion and this, together with successful attraction of global events such as the 2022 World Cup, is feeding bank credit demand from both corporate and retail clients. Qatari bank loan growth is the fastest in the GCC with expansion of 18 per cent expected in 2011 and a higher 20 per cent in 2012.

Capital adequacy ratios are not the highest in the region but are adequate and capital continues to be boosted when necessary. The Qatar Investment Authority has injected capital, and th raising its stake, this year into Commercial Bank of Qatar, Qatar Islamic Bank and Doha Bank, and Qatar National Bank’s capital base was augmented by a rights issue.

This has been necessary in order to provide the equity backing for loan expansion. In QNB’s case, the capital increase is expected to see the bank’s capital adequacy ratio rise to around a high 22 per cent at end 2011 from 15 per cent at end 2010. QNB’s high capitalisation will also the bank as it seeks investment opportunities internationally.

It has not all been plain sailing for Qatari banks as the financial sector, including both banks and finance companies, did face asset quality issues in 2009 which were connected to real estate and investment financing. However, the Qatari authorities were very proactive in addressing the issues and the subsequent restructuring of equity and real estate investment portfolios and exposures by the government has helped contain problems. The government purchased equity portfolios amounting to QAR6.5 billion from seven local banks (1.4 per cent of 2009 assets) and real estate portfolios of QAR15 billion from nine local banks (3.2 per cent of 2009 assets). As a result, the Qatari banking sector has a non-performing loan ratio of less than two per cent with full provisioning in place.

A major development which has and will continue to alter the banking landscape in Qatar is the central bank’s regulatory announcement in early 2011 that conventional commercial banks must discontinue their Islamic banking activities by end 2011. Islamic banks will naturally see their balance sheets expand whilst conventional banks which do not convert to shariah compliant status will see a reduction in their asset size and income. On the Islamic banking side, the main institutions likely to benefit include Qatar Islamic Bank and Masraf al Rayan as some Islamic assets and liabilities shift to these banks. Moreover, competition in the Islamic sector will lessen as a result.

New regulations were also introduced in regard to retail lending with restrictions on loans including personal loans capped at QAR2 million for Qataris and QAR400,000 for expatriates, personal loan terms cannot exceed 48 months for expatriates and 72 months for Qataris, monthly instalments should not be more than 50 per cent of the borrower’s net monthly salary for expatriates and no more than 75 per cent for Qataris. There also limits on margins charged by banks on personal loans at 150 basis points above the overnight lending rate and for credit cards not more than one per cent monthly interest on outstanding amounts. The new rules are aimed at reducing leverage in the retail sector. Although the regulations will constrain retail lending growth somewhat, particularly at the more focused retail banks such as Doha Bank, the impact will not be significant.

Qatari banks’ funding positions are comfortable due to its heavy focus on more stable customer deposit funding and less reliance on more volatile wholesale funding. Even the largest bank, QNB has only six per cent of its liabilities from wholesale funding although the ratio is higher at Commercial bank of Qatar. In order to diversify its funding, QNB is planning to raise at least $1 billion from a debt sale to fund credit growth. It has set up a $7.5 billion euro medium-term note programme and hired Barclays Plc, HSBC and QNB Capital to manage the sale.

As with other banking markets in the GCC, the Qatari banking sector is experiencing some tightening of margins due to the low interest rate environment. Moreover, the caps on interest rates as noted above will constrain margins going forward. However, the larger banks such as QNB are benefiting from their economies of scale and market reach particularly in terms of cost of funds.

The Qatari banking sector improved its financial performance in the first half of 2011 driven by the strong performance of the economy. Net profit of the banking sector achieved a 25 per cent increase in the six months to end June 2011 with the improvement led by volume growth. QNB recorded a 31 per cent increase in net profit for the first half, Ahli Bank of Qatar 28 per cent, Commercial Bank of Qatar 17 per cent, Qatar Islamic bank 17 per cent, Doha Bank and Masraf Al Rayan both 14 per cent. Al Khaliji saw its net profit more than double. Results for the first three quarters of the year were also good with net profit rising by 31 per cent at QNB, the country’s largest lender, and rose almost nine per cent at Commercial Bank of Qatar.

With the economy still booming through its gas and oil production, and with funds channeled into domestic spending, Qatari banks will continue to enjoy good rates of asset and net profit growth as least over the medium-term.