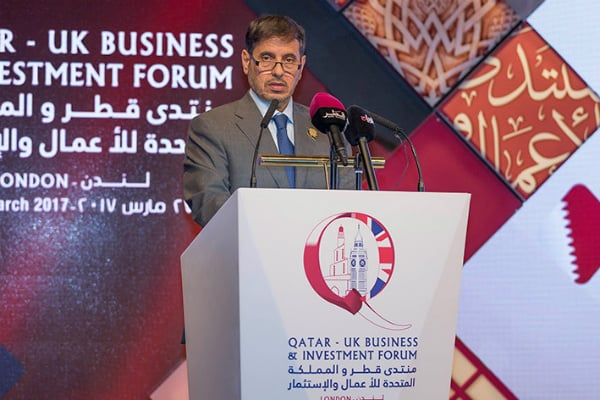 Qatar has revealed plans to invest GBP5bn ($6.27bn) in the UK over the next three to five years.

The announcement was made by the country’s Prime Minister Sheikh Abdullah bin Nasser bin Khalifa Al-Thani yesterday at a Qatar-UK business forum event in London.

“Mainly this investment will focus on infrastructure sectors, technology, energy and real estate,” he said.

Qatar owns a number of key London landmarks including the London 2012 Olympic Village, Canary Wharf, retail store Harrods and a 95 per cent stake in the city’s tallest building the Shard.

During his speech, Sheikh Abdullah also referenced the strong energy ties between the two countries with Qatar providing an estimated 90 per cent of the UK’s imported fuel

Qatari investment into the UK is estimated at more than GBP35bn ($43.9bn).

The Gulf state has also been seeking to diversify its holdings over the last two years, having announced plans to invest $35bn in the US between 2016 and 2021.

Earlier this week, it was reported that the Gulf state including Qatar would be among the first to push for a free trade deal after the country leaves the EU in 2019.