The economic impact of Brexit on the GCC countries - Gulf Business 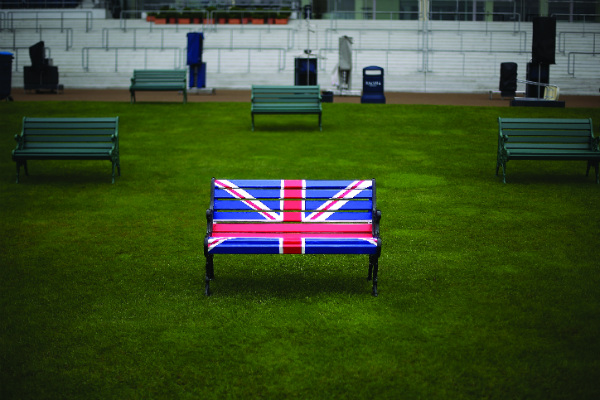 A black swan is a metaphor for an event that comes as a surprise and has a major impact. Even with all the hype of the campaign, nobody including the ‘leave’ campaigners ever imagined that the United Kingdom would vote to leave the European Union.

Major political parties, economic experts, businesses and international financial organisations backed the ‘remain’ option and victory was taken for granted. Yet Brexit turned out to be a black swan event.

Austerity measures introduced by the Conservative government led to a reduction in social security benefits, downgraded National Health Service and diminished education subsidies, angering voters who mistakenly believed that membership of the EU was the cause of their economic woes.

Added to this, the fear of inter-EU migration – and identifying it as the cause of both unemployment and low wages – contributed to 52 per cent of British voters opting for Brexit.

Britain leaving the EU is now a reality and governments, and businesses, across the world are scrambling to deal with the negative impacts and take advantage of the positive ones. The Gulf Cooperation Council countries – consisting of Bahrain, Kuwait, Oman, Qatar, Saudi Arabia and United Arab Emirates – have close political ties with the United Kingdom and have had to wake up to this new reality.

The UK is not a major importer of oil and petroleum products from the GCC – just 7.73 per cent of its total imports are from these countries – so the direct impact from oil imports on these economies will be minor. However, the direct impact on other areas and the indirect impact of Brexit need to be examined in detail.

Economic models estimate that, in the short term, UK gross domestic product will shrink anywhere between 1 per cent and 7.5 per cent. This will have a domino impact on its largest trading partner, the EU, and subsequently the contagion of the rest of the world, leading to an increased risk of a global recession.

The GCC countries will be impacted by the fall in oil prices. A global slowdown will reduce demand for oil, forcing them to increase the pace of diversification of their oil dependent economies. Saudi Arabia recently initiated the National Transformation Plan to diversify its economy and this will now need to be fast tracked. The UAE is best placed to deal with any reduction in oil prices, as the contribution of oil to its GDP is 19 per cent, compared to 38.7 per cent in Saudi Arabia.

The pound sterling sunk to its lowest level in 31 years compared to the United States dollar, falling 13.5 per cent two weeks after the Brexit result. The GCC countries’ currencies are essentially pegged to the US dollar and this will have an impact on trade, tourism and investment.

The major impact on tourism will be felt in the UAE and specifically Dubai. Tourists from the UK coming to Dubai numbered 1.18 million in 2015 and were the third largest country segment. The tourism sector will therefore be impacted negatively with the fall in the pound. Given the possible contagion impact on the economies of EU countries the overall number of tourists from the region is expected to decline.

The impact on the major GCC airlines – Emirates, Etihad and Qatar Airways – will be mixed. The fall of the pound will reduce international travel by UK citizens but at the same time make the UK an attractive destination for tourists, as hotel costs will reduce in terms of their currencies. Gulf airlines are the major carriers of transit passengers and they will benefit from this scenario.

The UAE is 11th in a list of the top countries for UK exports, with Saudi Arabia in 14th position. However, UK imports from GCC countries do not rank in the top 25 countries.

The fall in the pound will make goods from the UK cheaper and imports will increase. Major exports to GCC countries from the UK include machinery and equipment, telecom equipment, vehicles, medicines and pharmaceuticals. The GCC is also a major retail destination for UK high street brands and this will make these goods cheaper compared to other countries.

Studying at British schools and universities for citizens and expatriates in GCC countries will become more attractive. Tuition fees of roughly Dhs 60,000 (GBP 11,000) have reduced to around Dhs53,000, making the UK a more affordable and enticing destination for students and their families. This will have a negative impact on the region’s education sector – especially in the UAE, which is currently the sixth largest destination for transnational higher education.

Investments by British citizens in Dubai real estate amounted to Dhs10bn in 2015– the third largest by any country. However, the fall in the pound – coupled with the reduction in real estate prices in the UK – will make investing in real estate in GCC countries unattractive.

That said, cheaper property prices are expected across the UK, along with reduced demand for office and residential space due to companies moving abroad to EU countries. The UK has been a favourite destination for GCC nationals to invest in property and it will become even more attractive in the wake of Brexit.

EU nationals will now look at GCC countries as an alternative to the UK when seeking employment. However, these will only be for professional positions in the education, hospitality, events, finance and medical sectors. No impact is expected in the manual labour or low-to-medium skills professions as the wage rates in Gulf countries are not competitive.

The GCC/EU Free Trade Agreement has been under negotiation for the last two decades. Brexit will give the UK an opportunity to quickly conclude bilateral FTAs with GCC countries, benefiting both parties.

Stock prices across the GCC suffered some losses following the vote as markets do not handle uncertainty well. This could be a buying opportunity for stocks not directly impacted by UK or EU economies.

It is still early days and the time frame for Britain’s withdrawal from the EU could take at least two years, according to analysts. However, the fall in the pound, oil prices, real estate prices and stock prices is immediate and GCC economies need to introduce economic policies to counteract any negative impact.