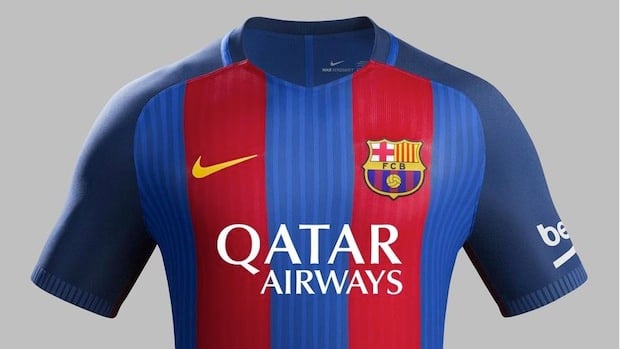 Qatar Airways has renewed its shirt sponsorship agreement with FC Barcelona for one more season under the same conditions as their current deal, it was announced on Tuesday.

The airline’s logo will continue to feature on the FC Barcelona’s kit until June 30, 2017.

The news comes after the club unveiled its new 2016/2017 kit in late May without the Qatar Airways logo, leading to reports that Qatar failed to renew its sponsorship.

Barcelona’s previous deal with Qatar Airways, signed three years ago, was reportedly worth approximately $40m per year and expired in June.

Qatar Airways group chief executive Akbar Al Baker said: “Three years ago, the joining of FCB and Qatar Airways was history in the making, as this was the first time we entered into such a landmark sports partnership.

“This new agreement shows the world how strongly we stand behind FC Barcelona, and we look forward to a great upcoming season together.”

Since the start of the sponsorship in 2013, Qatar Airways has worked on several activations along with the club.

The airline also featured the team in its safety video, which became viral on social media, gathering nearly 40 million views in the first four weeks of its debut.

FC Barcelona’s vice-president of Marketing and Communication Manel Arroyo added: “Qatar Airways has helped us to make Barça bigger in recent years. The success that has accompanied the club has partly been their work.

“We hope to continue along the same lines of mutual growth.”

Barcelona initially entered into a $230m five-year agreement with sovereign wealth fund Qatar Sports Investments in 2011, marking the first time that a paid sponsor’s logo appeared on the team’s shirts in 111 years.