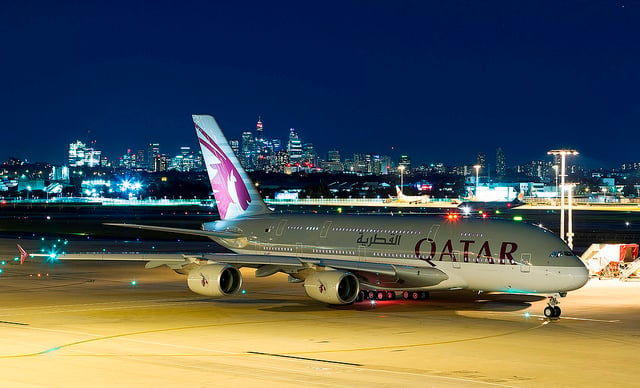 Qatar Airways has announced its Sydney route is now served by an A380 aircraft.

The carrier cited passenger demand for the change in craft for the Doha – Sydney service, which was launched six months ago with a Boeing 777-300 aircraft.

The city is the first in Australia to be served by Qatar Airways’ 517-seater, which will increase its daily capacity on the route by 44 per cent.

“Customers flying to and from Sydney appreciate our global route network and our efficient flight schedules, which save them hours of time on the average itinerary. We are pleased to respond in kind, with the introduction of the A380 service to Sydney, offering 517 seats per flight,” said CEO Akbar Al Baker.

Qatar’s A380 will comprise eight first class, 48 business class and 461 economy class seats and include an on-board lounge for first and business customers.

Sydney Airport managing director and CEO Kerrie Mather said the route already generates 3,000 jobs and contributes $240m to the economy per year, while the A380 would deliver an incremental $78m.