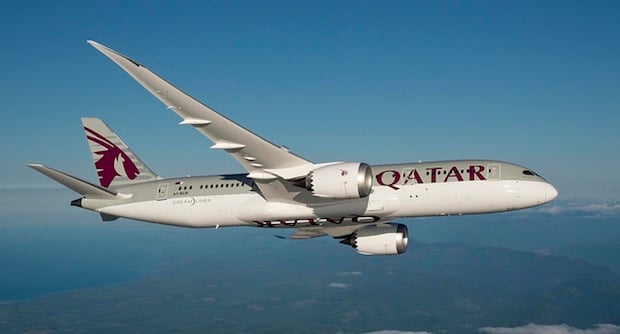 Qatar Airways has announced plans to boost its capacity to Saudi Arabia’s capital Riyadh from September 1.

The carrier will add a third daily flight every day except Tuesday, increasing its services from 14 to 20 flights weekly.

The move will boost capacity by more than 40 per cent, a statement said.

The airline also recently announced that it will increase services to Medina to three daily flights from the beginning of September.

Qatar Airways now serves eight cities in the kingdom and with the recent increase to four daily services to Jeddah, will operate a total of 143 flights a week.

Qatar Airways senior vice president for Commercial Middle East and Africa Ehab Amin said: “Increasing our capacity to Riyadh, on top of our recently announced frequency increases to Jeddah and Medina, reflects the importance of Saudi Arabia to Qatar Airways.

“The increased capacity will boost the amount of first class seats available between Riyadh and Doha, so more passengers from Saudi Arabia can enjoy our premium service.”

Qatar Airways, which flies to over 150 destinations worldwide with a fleet of 190 aircraft, is continuing to expand its network.

It is also planning to unveil new routes to Windhoek in Namibia, Helsinki, Krabi in Thailand and Seychelles later in the year.