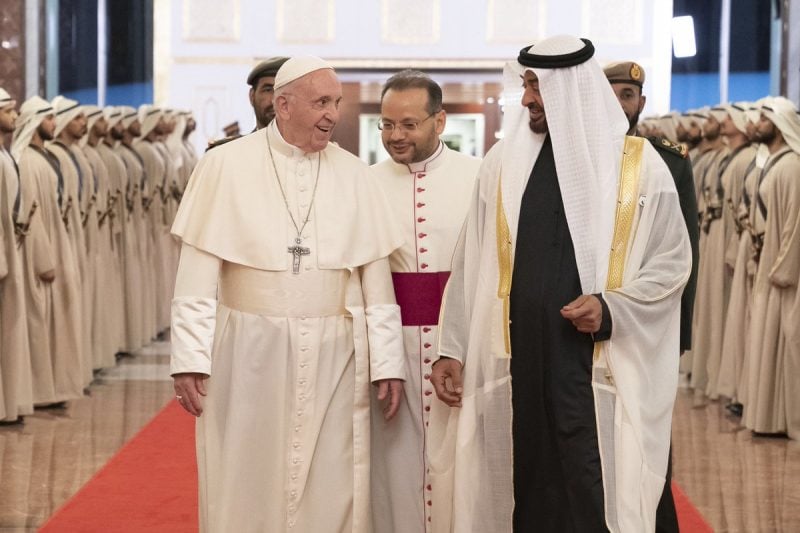 Pope Francis said on Tuesday he had found “good will” to start peace processes to end the conflict in Yemen, during private meetings with leaders of the United Arab Emirates, which is playing a leading role in a Saudi-led coalition against Houthis in Yemen.

Francis, who in the past has condemned the war in Yemen several times, made the comment in response to a question on the plane returning from Abu Dhabi.

“I spoke about it, but just with just a few people,” Francis said when asked if he had discussed Yemen during his meeting with Abu Dhabi Crown Prince Sheikh Mohammed bin Zayed al-Nahyan and other leaders.

“I will say that I found good will to start peace processes,” he said, without elaborating.

Read: Pope urges for an end to wars in the Middle East during UAE visit

The United Nations is trying to implement a fragile ceasefire deal in the country’s main Hodeidah port, a lifeline for millions and the site of some of the war’s fiercest battles. It hopes the deal will pave the way for talks to end the war.