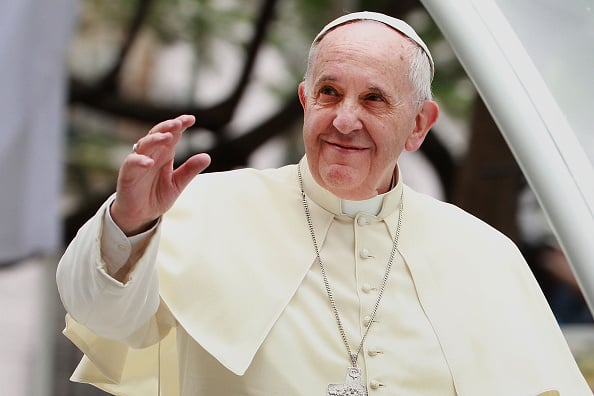 The first copy of a book about religious diversity in the UAE will been presented to Pope Francis during his visit to Abu Dhabi.

The book by Reverend Cannon Andy Thompson MBE – Celebrating Tolerance: Religious Diversity in the United Arab Emirates – will be gifted to the Pope by the UAE Minister of Tolerance, Sheikh Nahayan bin Mubarak Al Nahayan, during an interfaith ceremony at the Founders Memorial in Abu Dhabi tomorrow (Monday).

Sheikh Nahayan also wrote the foreword to the book, which is published by Motivate Media Group and features a chapter on each practicing religion in the UAE, including Islam, Buddhism, Hinduism, Sikhism, and various Christian faiths. In a notable development, the book is also the first to recognise the UAE’s Jewish community.

Pope Francis, the head of the Catholic Church, arrives in Abu Dhabi today and will be in the country until Tuesday, February 5, in what is the first ever Papal visit to the UAE. The timing of the trip is particularly pertinent as the UAE has marked 2019 as the country’s Year of Tolerance. 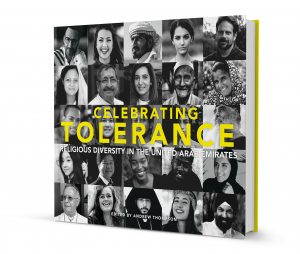 The book was launched at the British Embassy in Abu Dhabi by British ambassador Patrick Moody on Sunday. Representatives from all the faiths in the books were presented with a copy.

Speaking to Gulf Business ahead of the event, Reverend Thompson marvelled at the timing of the book, which has been two years in the making.

“None of us foresaw that it would arrive at the same time as the Pope, or the Year of Tolerance. That has been pure serendipity or, if you’re religious, an act of God,” said the chaplain of St Andrew’s Church in Abu Dhabi.

Having received the news that Pope Francis would receive a copy of the book, Rev Thompson remembered the launch of one of his previous book – Christianity in the UAE, published in 2011.

“At that book launch, the Queen of England sent Prince Andrew to be her envoy, and specifically asked that the launch for Christianity in the UAE be part of his programme in sending her congratulations to the UAE for its 40th anniversary,” he explained.

“And so Prince Andrew as an envoy for Her Majesty, and Sheikh Nahayan did the book launch together, and I thought you could never top that. No way you can top a book launch with two members of two ruling families.

“Now I’m hearing that a senior member of the ruling family will present a copy of the book to the Pope. So it has been topped.”

As well as the ceremony at the Founders Memorial, the Pope will make an official visit to the Crown Prince of Abu Dhabi, His Highness Sheikh Mohammed bin Zayed Al Nahyan, hold a private meeting with the members of the Muslim Council of Elders at Shaikh Zayed Grand Mosque, make a private visit to St Joseph’s Cathedral in Abu Dhabi, and lead the first Mass in the region at Zayed Sports City.

And for Rev Thompson, his visit to the UAE is of great importance not just locally or regionally, but globally.

“First of all I think this visit flags attention to the UAE’s commitment to the value of tolerance,” he said.

“I think it’s significant in the timing of where we’re seeing the world at the moment, with global trends of intolerance in the West and in the Middle East. It is just alarming how much division and polarization there is. And so the Pope’s visit to the UAE is shining the spotlight on a country in the Middle East that is saying ‘this doesn’t have to be the way’.

“The UAE is defining a hopeful note for the future, for the world community, that tolerance is a value which is needed more than ever before. And of course Pope Francis is a man who embodies tolerance in his global ministry.

“To put those two parties in the same room together is a very positive statement.”