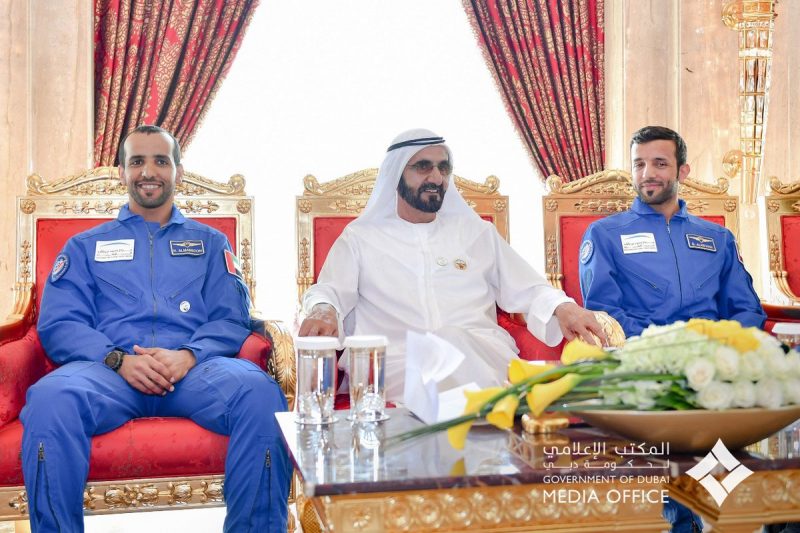 The UAE’s Vice President, Prime Minister and Ruler of Dubai discussed with the two astronauts their future journey to space aboard a Soyuz rocket to the International Space Station. 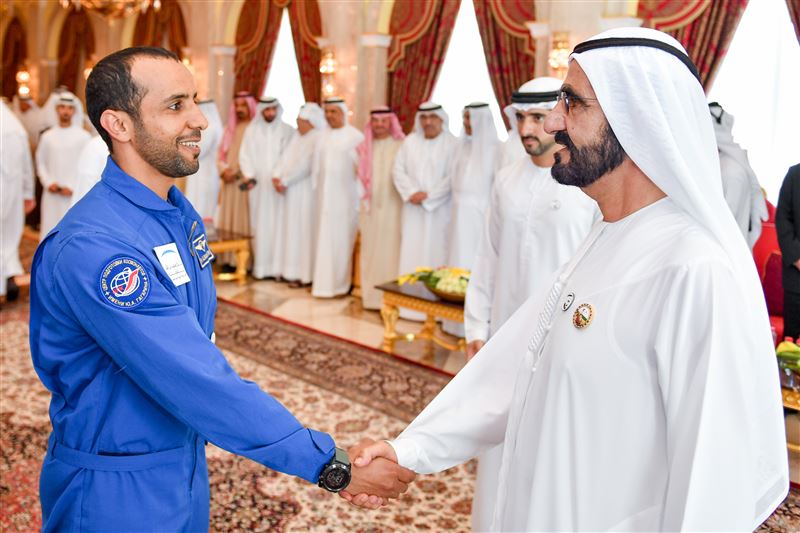 One of the two astronauts will be selected for the journey that will last one week. 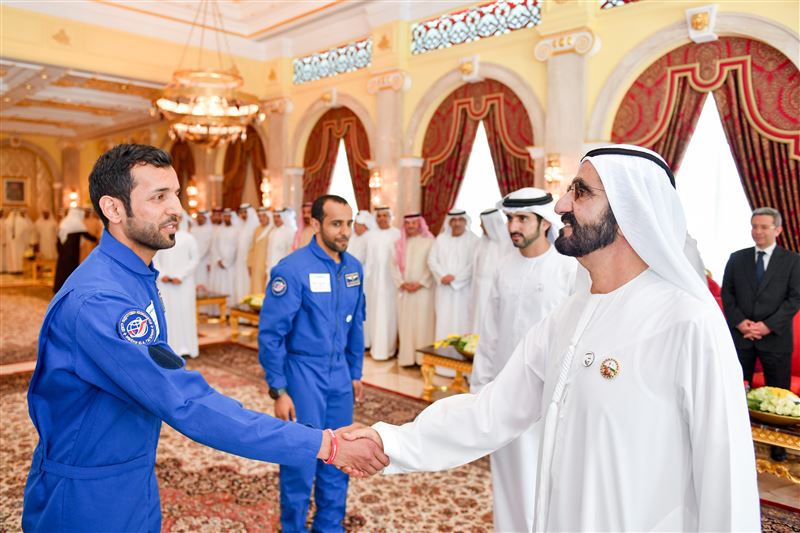 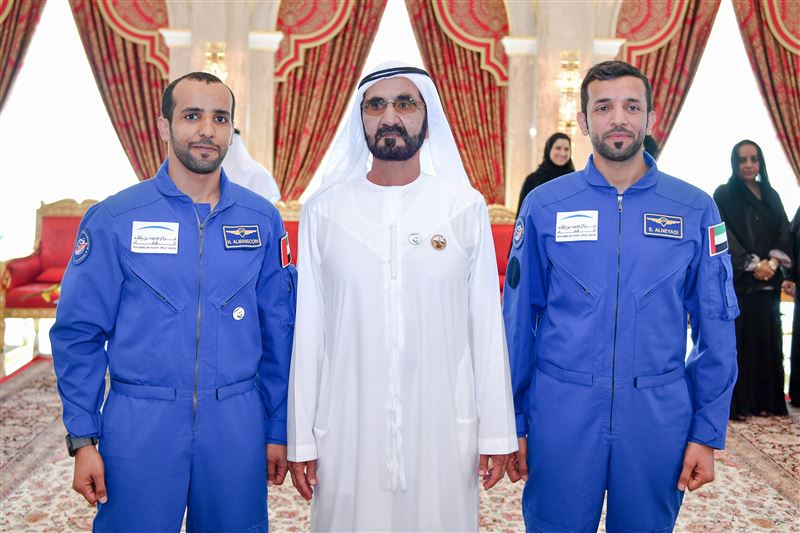 Sheikh Mohammed was also briefed about their preparations and scientific training they are undertaking. 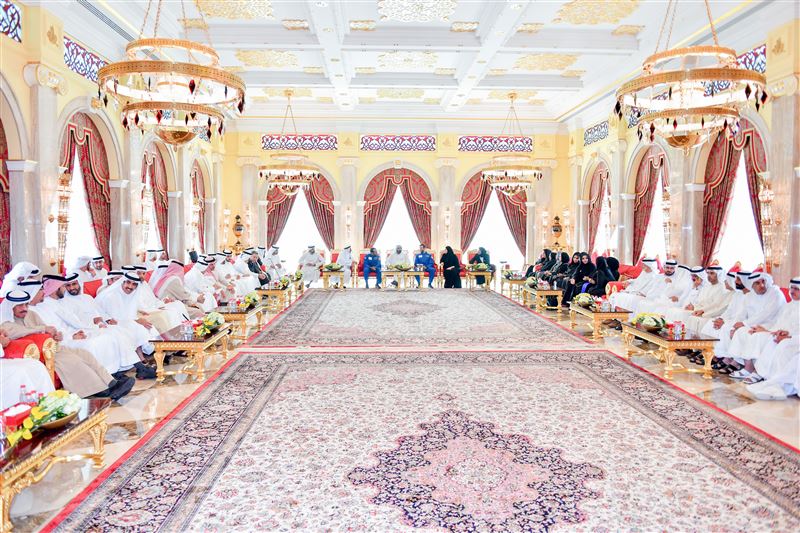 He wished them success, adding that “investing in science and education as well as training youth is a top priority of the UAE”.

With Hazza Al Mansoori and Sultan Al Neyadi, the Arab world’s first astronauts to the International Space Station. They carry the dreams of our founding fathers, the ambitions of our people, and inspire our youth to raise their aspirations to the sky. pic.twitter.com/OlgefNj0Mr

They were chosen after a series of medical, psychological and advanced tests and interviews, according to the Mohammed bin Rashid Space Centre (MBRSC).

One of them will become the first Arab astronaut to travel to the International Space Station (ISS) on September 25, 2019 for an eight-day Russian space mission to ISS aboard a Soyuz-MS 15 spacecraft and will travel back aboard a Soyuz-MS 12. The second astronaut will continue training for future missions.

The date of the flight was postponed from April to September 2019 following a launch accident of the Soyuz-MS 10 spacecraft in October.