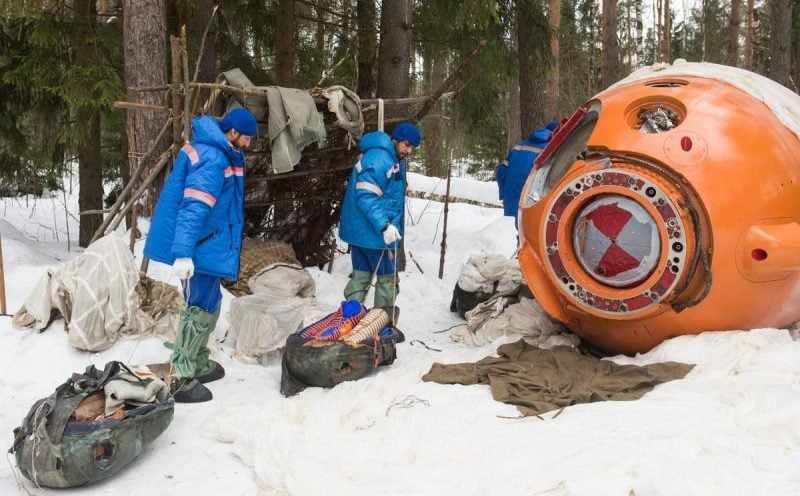 The UAE’s first astronauts Hazzaa Al Mansoori and Sultan Al Neyadi underwent a three-day winter survival training in Russia as one of them prepares to travel to space later this year.

The training was organised by the Yuri Gagarin Cosmonaut Training Centre at a forest in Moscow.

The training aims to prepares them to survive for at least three days in extreme weather conditions using equipment on board the space capsule, in case the landing capsule blows off course causing them to land in a hostile environment.

. @Astro_Hazzaa and @Astro_Alneyadi during the winter survival training organized by the Yuri Gagarin Cosmonaut Training Centre at a forest in the Russian capital of Moscow. #UAE pic.twitter.com/TMKZlLFOuV

Astronauts learn how to get out of a damaged capsule, how to build two types of shelters, first-aid skills, coping with stress, utilising available resources, and communicating with search and rescue teams through visual signals like flares or wireless communication, a statement said. 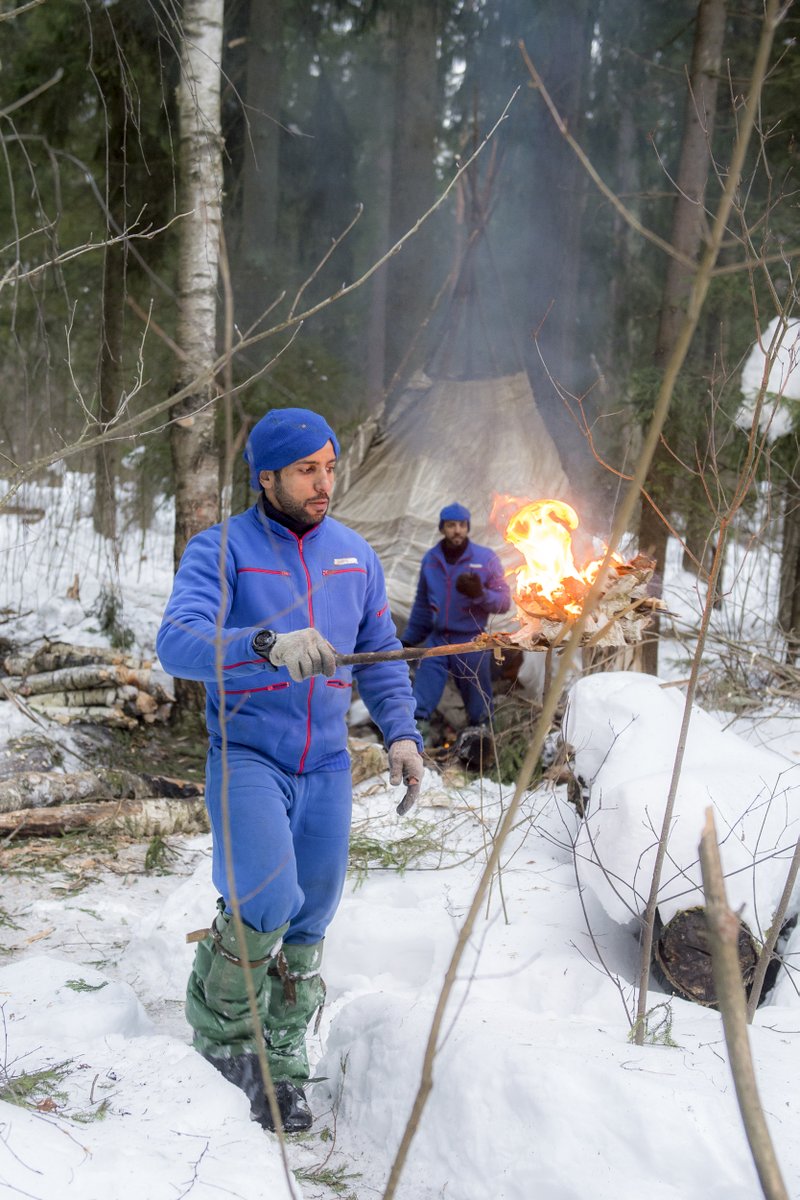 The intensive training featured both practical and theoretical aspects and the two astronauts underwent medical and psychological tests before and after the training, to ensure their readiness. 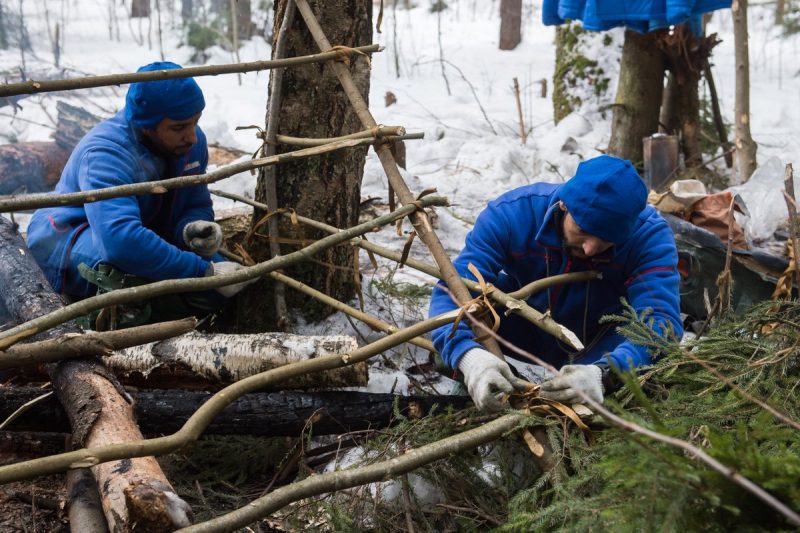 Hazzaa Al Mansoori said: “We were kept busy throughout the 3-day training. Every hour, we had to send a signal to the rescue team to tell them about our location and our health status. We also took night shifts in rotation to make sure the fire was kept on all the time, in addition to other tasks we did and the steps we learned to stay warm in a sub-zero environment (-10 degrees celsius).” 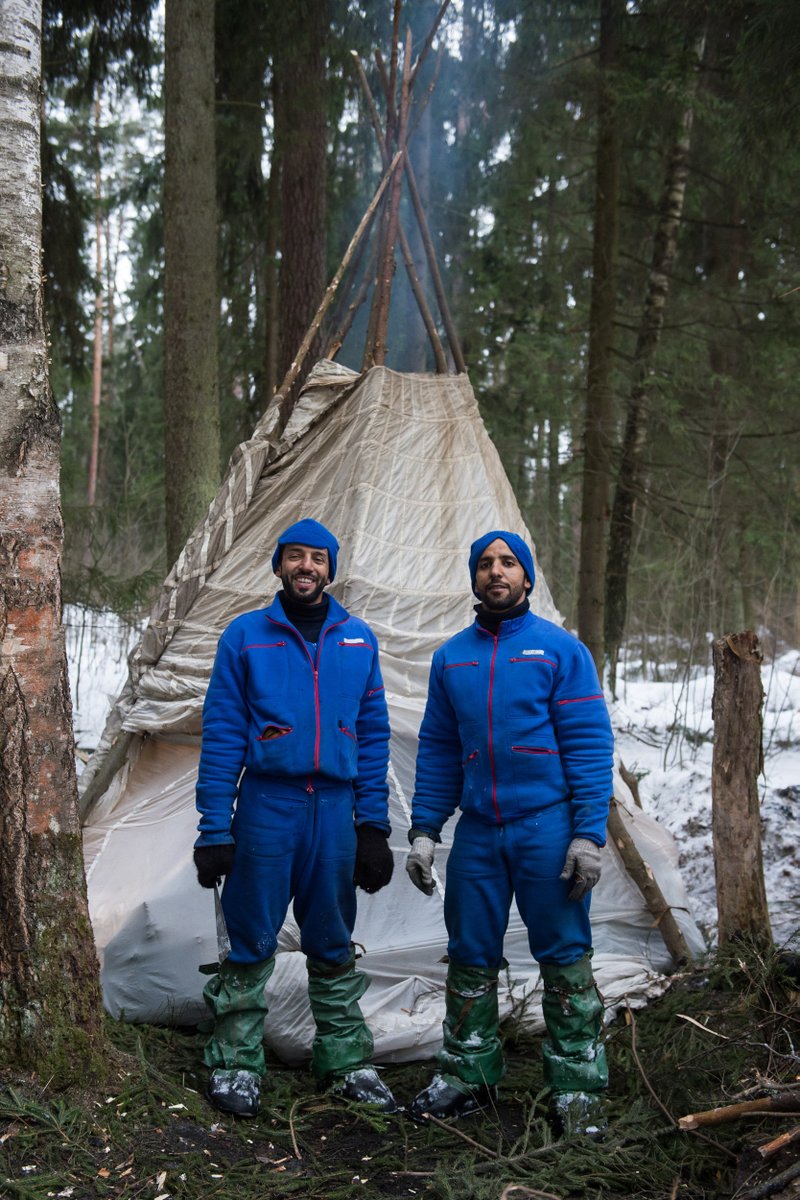 They were chosen after a series of medical, psychological and advanced tests and interviews, according to the Mohammed bin Rashid Space Centre (MBRSC).

One of them will become the first Arab astronaut to travel to the International Space Station (ISS) on September 25, 2019 for an eight-day Russian space mission to ISS aboard a Soyuz-MS 15 spacecraft and will travel back aboard a Soyuz-MS 12. The second astronaut will continue training for future missions.

The date of the flight was postponed from April to September 2019 following a launch accident of the Soyuz-MS 10 spacecraft in October.

Salem Al Marri, head of the UAE astronaut programme at MBRSC said that this will be the first time that an astronaut will present an introductory tour in Arabic at ISS.

The astronaut will conduct earth observation and imaging experiences, interact with ground stations, share information and document the daily lives of astronauts at the station.

“The astronaut will conduct research in various fields to be shared with the international scientific community to show the effect of zero gravity on research experiments, compared to gravity on earth,” said AL Marri.

“This is the first time this kind of research will be done by an astronaut from the Arab region. The results of this study will later be compared with research conducted on astronauts from other regions.”

43 years ago, Sheikh Zayed met with with US astronauts&members of the Apollo space program. Today, the UAE has its own space agency, is planning the first Arab probe to Mars and soon the first Emirati astronaut will venture to the International Space Station. pic.twitter.com/QKm7mcqa6I

The Emirati astronaut will also be assigned on existing scientific missions in the ISS laboratories, according to the timing and duration of his stay, in addition to the research he will conduct for the UAE’s schools and universities.

The UAE astronaut programme, launched in 2017, is managed and run by MBRSC, and funded by the ICT fund of the TRA.