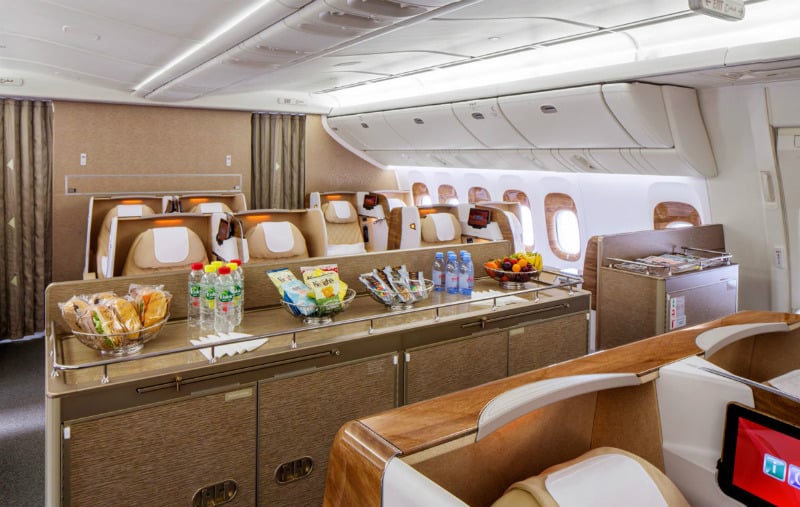 The seats have also been laid out in a 2-2-2 configuration for the first time.

The airline has invested over $150m to refurbish the 10 existing 777-200LR aircraft in its fleet, it said in a statement. 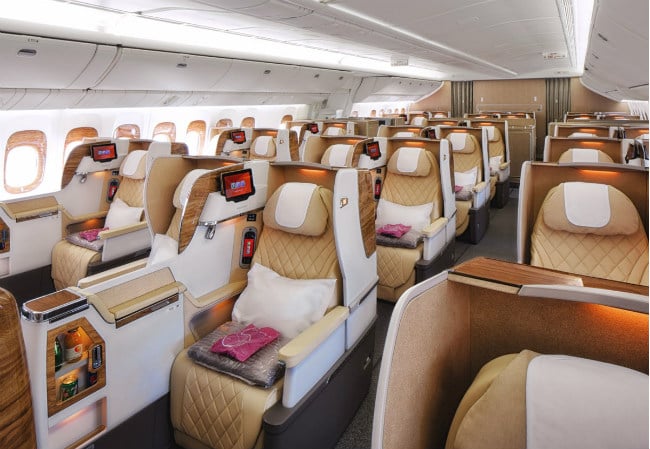 While the business class seats will maintain the same design and shape, they are now two inches wider. The seats also retain the champagne coloured finish and diamond stitch pattern on the full leather cover, and the headrest revealed on Emirates’ newest Boeing 777 in November.

Each seat has a pitch of 72 inches and moves into a fully flat sleeping position. It also has touchscreen controls for the seat and inflight entertainment system, personal lighting options, privacy panels between seats, a shoe stowage area, footrest and a personal mini-bar. 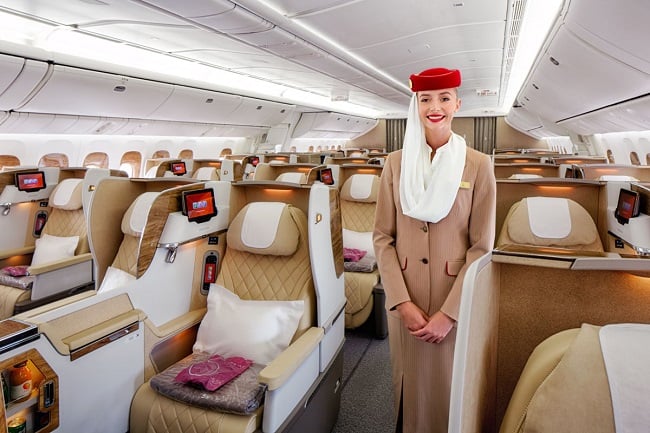 In another change, the overhead bins in the centre of the cabin have been removed for an airier and more spacious feel on board. The cabin has electronic windows, while the seats have 23-inch personal in-flight entertainment (IFE) screens.

The new business class cabin also features a social area – a mini lounge with snacks such as crisps, sandwiches, fruit, and beverages.

Meanwhile economy class seats onboard the 777-200LR have also been refurbished for colours and now feature greys and blues. The seats come with leather headrests that have flexible side panels and can also be adjusted vertically. 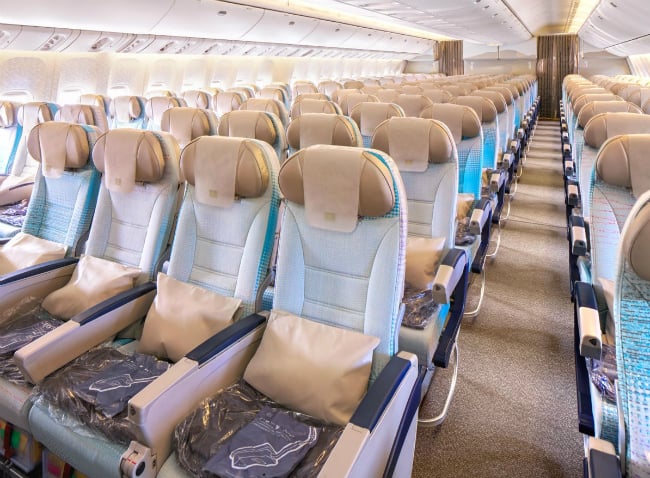 The first of Emirates’ 10 newly refurbished 777-200LR aircraft will go into service on March 6 to Fort Lauderdale. The rest will be retrofitted with the new configuration over the course of the year.

The refurbished 777-200LR aircraft is also expected to be introduced on Emirates’ most recently announced destination – Santiago, Chile.

The move comes after the airline refurbished its Boeing 777-300ER aircraft a new first class product last year. The new cabin features six private suites laid out in a 1-1-1 layout, compared to the eight private suites in a 1-2-1 layout previously.

Earlier last year, Emirates also deployed its first A380 aircraft with a revamped onboard lounge.

As part of the multi-million dollar revamp, the lounge features an interior inspired by private yacht cabins, additional space with a new seating arrangement and a 55-inch LCD screen.

Read more: Emirates deploys first A380 with revamped onboard lounge