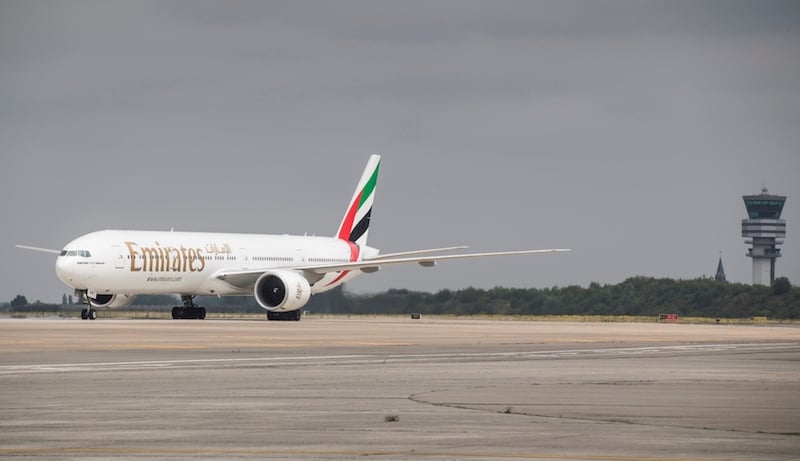 Dubai airline Emirates has confirmed that its first two Boeing 777-300ER aircraft fitted with its new first class product will be introduced in service from December 1, 2017. The flights will operate to Geneva and Brussels.

The new first class cabin will feature six private suites laid out in a 1-1-1 layout, compared to the eight private suites in a 1-2-1 layout on its existing 777 fleet.

The airline’s new Boeing 777-300ERs will also have modified features in the business and economy class cabins, Emirates said in a statement.

Flight EK083, one of the two daily flights from Dubai to Geneva, will feature the new first class cabin. It departs Dubai at 2.50pm and arrives in the Swiss city at 6.55pm. The return flight EK084 leaves Geneva at 8.40pm and arrives in Dubai at 6.05am the following day.

The second 777 flight featuring the new product will be EK183 which leaves Dubai at 8.20am, arriving in Brussels at 12.45pm. The return flight EK184 leaves the Belgian city at 2.35pm, arriving in Dubai at 12.15am the following day.

Prior to entering commercial service, the first Emirates 777 aircraft to feature the new private suites will be on display at the Dubai Airshow between November 12-16, the statement said.

Emirates is the world’s largest operator of Boeing 777 aircraft including freighters, flying 165 of the wide-body aircraft.

The airline has been investing heavily in modifying its aircraft interiors in recent years.

Last year, the carrier unveiled a new business class seat for its Boeing 777 aircraft. The seat’s design and shape was inspired by the interior of a modern sports car, with the diamond stitch pattern of a light grey full leather cover and an ergonomically designed headrest.

Earlier this year, Emirates also deployed its first A380 aircraft with a revamped onboard lounge.

As part of the multi-million dollar revamp, the lounge features an interior inspired by private yacht cabins, additional space with a new seating arrangement and a 55-inch LCD screen.

Read more: Emirates deploys first A380 with revamped onboard lounge