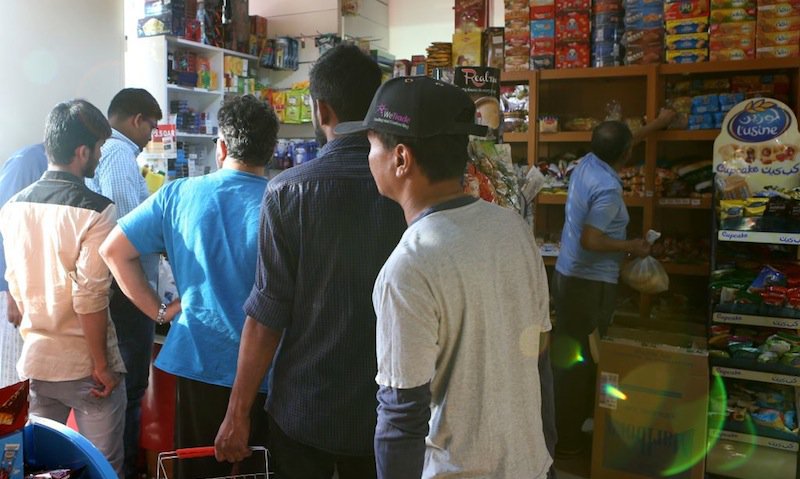 The Philippines has halted the deployment of workers to Qatar due to food shortage concerns.

AFP reports that the country’s labour chief Silverstre Bello said the country was taking precautions due to fears that the more than 200,000 Filipino workers in the country would be among the most affected if Qatar’s diplomatic crisis worsened.

On Monday, Saudi Arabia, the UAE, Bahrain and other Arab states halted diplomatic relations with Qatar and closed land, air and sea borders after accusing the country of supporting terrorist groups.

The measures caused residents and citizens in the Gulf state to empty store shelves in supermarkets amid concerns the heavily import dependent nation would run out of food and other supplies.

“We are forseeing a possible problem in Qatar,” Bello was quoted as saying in a news conference.

“For example, we know for a fact that Qatar does not produce its own food. If anything happens that they run out of food and food riots will take place, definitely our OFWs (Overseas Filipino Workers)… will be the first victims.”

He added that there were 141,000 documented Filipino workers in Qatar last year, but there could be more than 200,000 if undocumented workers are included.

“That’s why we really need to make preparatory measures to meet a possible exigency,” he added.

The ban will affect those with papers approved to depart or scheduled to depart for Qatar, the official said.

Qatar’s cabinet issued a statement earlier today in an attempt to reassure residents that there would be no disruption to their daily lives including a shortage of food.

This followed social media images of empty supermarkets shelves as residents and citizens sought to stock up on food and other essentials.

Read: Qatar cabinet – No reason to stock up on food, steps taken to ensure ‘normal life’