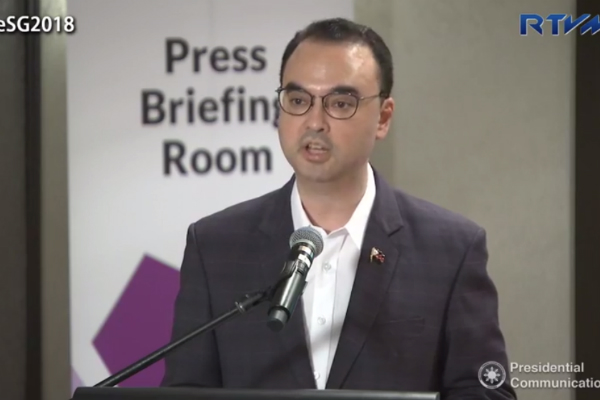 The Philippines has expressed surprise after Kuwait announced the expulsion of its ambassador on Wednesday amid controversy surrounding ‘rescue’ operations conducted by embassy staff.

Kuwait state news agency KUNA announced that Renato Villa had been given a week to leave the country yesterday evening. The Gulf state also recalled its ambassador to the Philippines for consultation.

In a statement on Thursday, the Philippine Department of Foreign Affairs said it initially summoned Kuwait’s ambassador before sending a diplomatic note in his absence to Kuwait’s embassy expressing its “strong surprise and great displeasure over the declaration of ambassador Renato Pedro Villa as persona non grata”.

It also expressed concerns regarding the detention of four Filipinos hired by the Philippine embassy in Kuwait and the issuance of arrest warrants against three others.

The group stand accused of conducting unauthorised operations, videos of which were posted to social media, to ‘kidnap’ Filipino workers from their employers in embassy vehicles. Kuwait said earlier this week that the operations had breached its sovereignty.

The Philippines claims the workers were persuaded to leave employers under their own free will after being abused.

Philippine secretary of foreign affairs Alan Cayetano said at a press conference that the country believed Kuwait’s actions were inconsistent with assurances made two days ago by Kuwaiti ambassador Musaed Saleh Ahmad Althwaikh on April 24.

Cayetano said questions regarding Villa’s status were raised during the meeting but Althwaikh had stated that he was welcome to stay in Kuwait until the end of his tour of duty.

During the same meeting Althwaikh had committed to the establishment of a 24/7 Kuwait government hotline to response to urgent requests for assistance in coordination with the Philippine embassy, to jointly establish additional shelters for workers and jointly formulate a new mechanism to deal with emergency cases involving Filipino nationals, the Philippine Department of Foreign Affairs indicated.

Other commitments included immediate action on pending requests for assistance from distressed workers, the facilitation of the repatriation for 800 Filipinos in shelters, justice for pending and future victims of abuse by their employers and “proper and human” treatment for workers taken into custody after an April 22 amnesty deadline.

The ambassador had also assured the release of Filipino nationals hired to conduct ‘rescue’ operations and the safe departure of Department of Foreign Affairs staff to Manila without incident, the department indicated.

The Philippines said it wanted to clarify the assurances given by the ambassador and “again underscored that the protection of the rights and the promotion of the welfare of Filipinos abroad would always be the guiding principle of the Philippines in its relationship with countries around the world, including Kuwait”.

Tensions between the two countries had appeared to cool in recent weeks after rising when the Philippines cemented a ban on its workers being deployed to Kuwait in February over abuse concerns.

This followed several cases of workers being abused by their employers and committing suicide and the grim discovery of a maid found dead in a freezer more than a year after her employers fled the country.

The two sides were in the process of formulating a new labour deal offering greater protections to Filipino domestic staff. Philippine President Rodrigo Duterte was expected to travel to Kuwait to sign the deal in the coming weeks.

Kuwait’s deputy foreign minister Khalid Al-Jarallah indicated on Sunday that the actions of the embassy staff had jeopardised the deal.