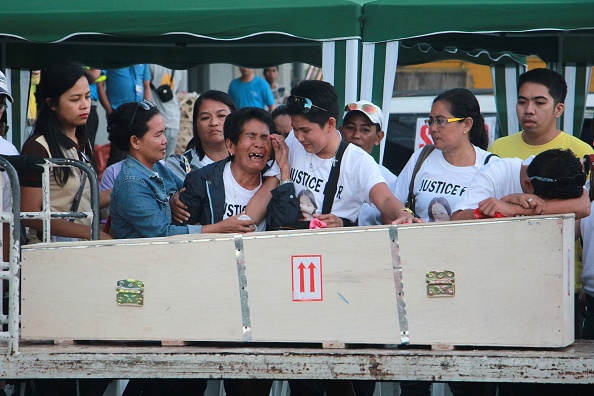 A court in Kuwait has sentenced a Lebanese man and his Syrian wife to death by hanging for the murder of a Filipino maid, according to reports.

AFP cited a judicial source as confirming the sentence in absentia during the first hearing of the case of a 29-year-old maid whose body was found in the freezer of a Kuwait apartment.

The discovery of Joanna Demafelis’ corpse prompted a strong reaction from the Philippine government after previous instances of domestic worker abuse in Kuwait were highlighted by President Rodrigo Duterte.

The country’s labour minister announced a ban on the deployment of Overseas Filipino Workers to the Gulf state in February, days after Duterte held up pictures of battered domestic workers during a press conference and offered to fly mistreated citizens home for free.

The couple were arrested that month in Damascus after an Interpol warrant was issued for their arrest.

Nader Essam Assaf was surrendered to Lebanon but his wife Mona Assaf is understood to remain in Syria.

Local reports in Kuwait suggest the couple had fled the country in November 2016, more than a year before the body was found.

Relations between Kuwait and the Philippines have improved in recent weeks after the two sides reached a preliminary deal covering worker rights.

This included the right for workers to retain their passports and mobile phones and to refuse being transferred to work for other employers.

Duterte has also demanded that workers get seven hours of continuous sleep and be fed proper meals, not leftovers from their employers.

“This negotiation for our workers is very important because some governments [in the Gulf] who are also receiving workers from the Philippines are also looking forward to the outcome of these negotiations,” she was quoted as saying.

There are around 250,000 Filipino workers in Kuwait and more than two million deployed across the Middle East.