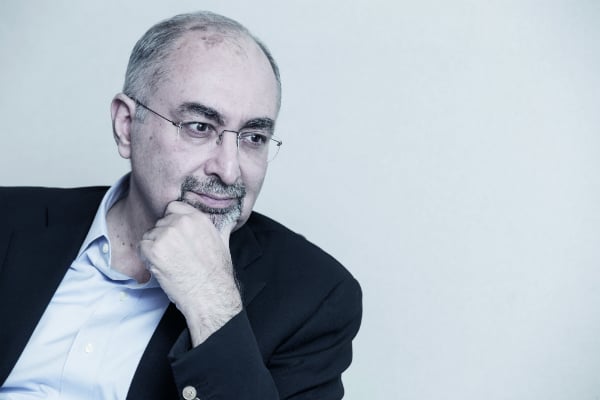 Healthy is not a word you typically associate with PepsiCo – the multinational conglomerate whose $22bn brands include Pepsi, Lay’s chips and Cheetos. But that’s a perception that the company is working hard to change.

The food and beverage company has expanded its portfolio to include a range of healthy products through brands such as Quaker, Tropicana and Gatorade.

Revealing its 10-year strategy late last year, the company publicly stated ambitious goals. By 2025, sales growth of what it refers to as ‘everyday nutrition’ products will outpace sales growth in the balance of PepsiCo’s portfolio. ‘Everyday nutrition’ products include those that contain whole grains, fruits and vegetables, dairy, protein and hydration.

Implementation of the strategy is already underway and is rapidly picking up pace in the Middle East and Africa, asserts Sanjeev Chadha, CEO for Asia, Middle East and North Africa (AMENA) at PepsiCo.

Across the wide region he oversees, Chadha says the company is observing greater interest in wholesome products and a move towards healthier lifestyles.

“But the fact is that while consumers want to eat and drink healthy, they often find it difficult to walk the talk,” he argues.

Hence PepsiCo is integrating healthy products such as oats into a wide range of items including biscuits and pasta. The company is also creating new lines to suit local tastes – such as Quaker Oats Upma and Poha in India (set to be introduced in the GCC as well) and Oats Conjee in China.

“In the GCC, Quaker Oats has always been used as a soup thickener, especially during Ramadan for iftar. So we have created Quaker Oats soups for this market. They have been in the market for a year and a half, and they have been doing outstandingly well,” states Chadha.

“That is our way of expanding nutrition into your everyday. That’s the new PepsiCo that we are building,” he explains.

Goals also include decreasing the amount of added sugar in beverages and reducing sodium and saturated fat in products. PepsiCo is looking to achieve these targets by both changing old products and bringing in new ones.

“In India, we have introduced 7Up with stevia [sweetener and sugar substitute] – it’s a first. We launched in Gujarat mid last year and it’s doing well. We are going to see the results and expand it nationally. This will be a replacement,” explains Chadha.

But consumer acceptance is an important prerequisite for any change in product, he admits. 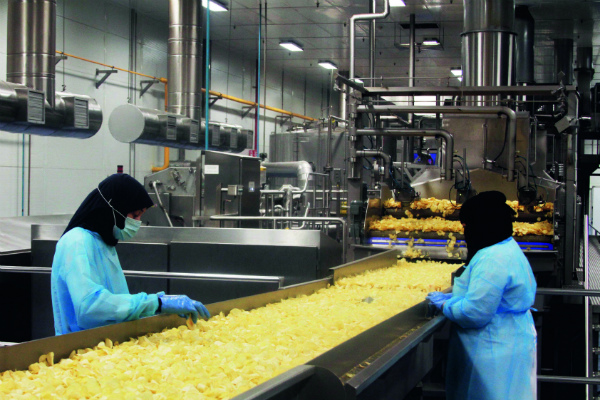 “Consumers are used to a certain degree of taste and flavour profile, especially in places where these products are very popular. But over time we are looking at really pushing the envelope, especially as technology helps us,” he says.

The plan already seems to be paying off. In its latest financial report released last month, PepsiCo revealed that 45 per cent of its revenues are generated from its ‘guilt-free’ products, which include lower-calorie drinks and healthy snacks.

The company, which reported full year revenues of $62.79bn in 2016, also confirmed that its ‘everyday nutrition’ category now accounts for 25 per cent of all sales.

“This [everyday nutrition category] is a very rapidly growing and powerful part of the business going forward and we are very committed to making it happen,” asserts Chadha.

PepsiCo was the fastest growing F&B multinational across the AMENA region in the last year, according to the CEO. It was also the best performing region for PepsiCo worldwide.

“This region has got the strongest set of markets, with some of the highest market shares in the world,” he says.

But Chadha also concedes that certain economies – especially those in the GCC – have seen a slowdown in the past year.

“In the GCC, the macroeconomic issues exist with oil prices going down and hence it has been more difficult. That impact reflects across all sectors – but lesser so on the F&B business compared to some other industries,” he states.

The GCC’s food service market is estimated to reach $24.5bn in 2018 – indicating a 6.8 per cent annual growth since 2014, according to a report issued by investment firm Al Masah Capital.

In the UAE alone, the F&B market is projected to grow by around 4 per cent annually to reach $13.2bn in 2018, according to KPMG.

But focussing on soft drinks, recent research by Euromonitor revealed that the first half of 2016 saw weakened performance in carbonates in the UAE.

“This occurred against the backdrop of the drop in inbound tourist arrivals from Russia and China due to the weakened value of the currencies of these countries during the previous year,” the report said.

On the other hand, rising obesity and diabetes have also become a major cause for concern in the country. Consumers are becoming more aware of the importance of limiting sugar intake and there is also a push from the UAE government to raise awareness of the dangers of excessive sugar consumption, the company stated.

Meanwhile increasing competition in the region – from both international and regional players – is also crowding the market.

“Competition is definitely something we think about all the time,” Chadha concedes. “We look at it closely – there are a lot of great products in the marketplace and we challenge ourselves to come out with better products.

“But what we know is that many of those are largely niche products. We are in a very different game. The way we measure success is by asking – ‘are we getting our fair share of growth in the marketplace?’

“And from an F&B perspective, if we are the number one multinational, we are certainly getting our fair share of growth – and a bit more.”

A major change that is set to transform the GCC region in the next few years is the introduction of value added tax. All six Gulf states plan to levy a 5 per cent VAT rate simultaneously from early 2018.

While certain basic essentials are expected to be exempt from the tax, it is anticipated to have an impact on most sectors. A recent report by EY found that VAT would add more than $25bn of revenues per annum for the GCC countries.

Gulf states are also preparing to implement a selective tax on carbonated drinks and other products considered harmful to human health. 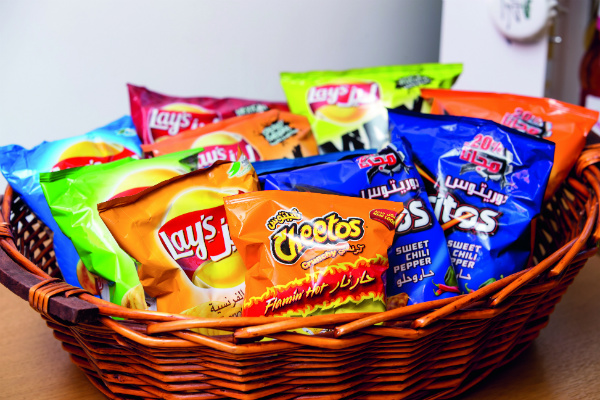 In its report last year, the International Monetary Fund cautioned that the rates for excises on sugar sweetened beverages in the GCC should be set at levels that balance health and revenue goals.

“Substitution across similar products will take place if the excise bases are not carefully defined and/or if the rates are set too high,” it cautioned.

“We don’t like taxes, but most importantly those that are regressive or discriminatory,” says Chadha, when asked about the impact of VAT.

“It is important for governments to think carefully about the structure and nature of the taxes they are implementing in the marketplace,” he adds.

Looking specifically at the GCC, Chadha is candid that the macro economic issues will continue – “at least for another year or so before things start looking up”.

“I think the government are doing a lot to address the economic challenges that they have – Saudi 2030 Vision for example,” he says.

But despite the economic uncertainty, the CEO is bullish about growth potential in the region.

“We have been in these markets for a long time – over 60 years – so we have strong brands, an entrenched position, very deep and wide go-to-market systems and we have got very strong local partners,” he asserts.

The company currently has 17 manufacturing plants in the GCC, including some on the snacks side of the business and others franchise-owned by manufacturing partners on the beverage side.

“We have a very resilient business model which softens the impact on our business, says Chadha.”

Looking ahead, PepsiCo is also planning to expand operations with new beverage plants in Dubai and Jeddah coming online this year.

The new Dubai Refreshments Company plant in the emirate has already started manufacturing some products, while the SIBCO plant in Saudi Arabia is set to open later this year. The plant in Jeddah will also be one of the largest in the PepsiCo system worldwide, confirms Chadha.

“We are definitely investing and committed to growing in this region. Globally, our aspiration is to be one of the most defining companies of the century,” he adds earnestly.