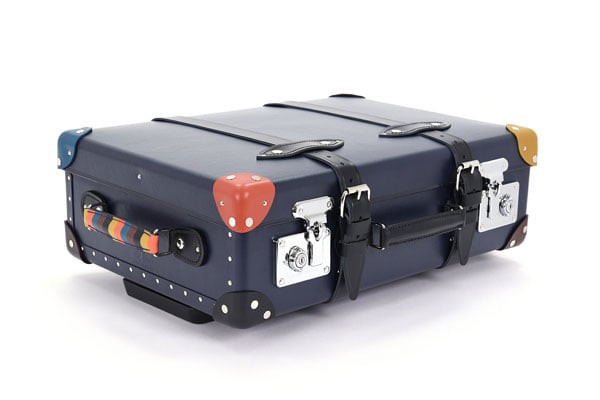 Paul Smith is a man on the move. If you keep up with his itinerary which requires him to constantly criss-cross the globe, you’ll know that depending on the day of the week you’ll find him either remodelling a store in Tokyo, opening a new one in Berlin or celebrating his pink store in Los Angeles.

For an itinerant designer like Paul Smith whose sense of style can be described as alternating between eccentric, irreverent or quirky – sometimes all of these simultaneously – it seems almost organic that he’d apply himself to designing luggage. 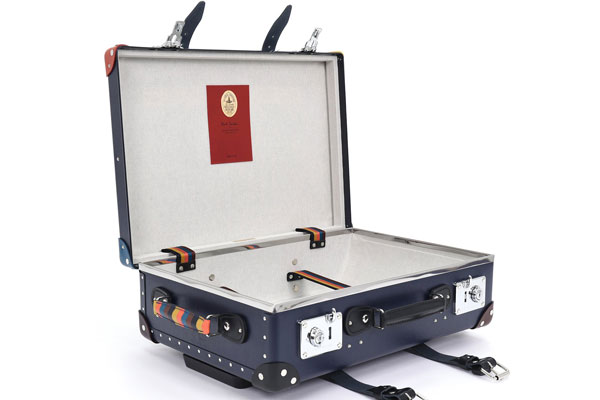 He’s now created a limited-edition trolley case for ace English luggage manufacturer Globe-Trotter. The trolley cases are available in two sizes – 20- and 30-inches – and made their debut at Smith’s Milan store during the recently concluded Salone del Mobile.

You’ll instantly recognise the work of the designer when you see the multi-coloured Artist Stripe on the case handle and inner straps. The navy fibreboard body of the case has its edges covered in leather whose colours are borrowed from those which appear in the Artist Stripe.

Globe-Trotter was founded by an Englishman David Nelken in Saxony in 1897, before shifting to the UK in 1901 where it has stayed ever since. Globe-Trotter has been a firm favourite among the elite for several decades. Winston Churchill used an 18-inch attaché case from the brand, Queen Elizabeth II used Globe-Totter luggage when she packed for her honeymoon and Sir Edmund Hilary used a Globe-Trotter to pack his kit which he took to the base camp of Everest in 1951. 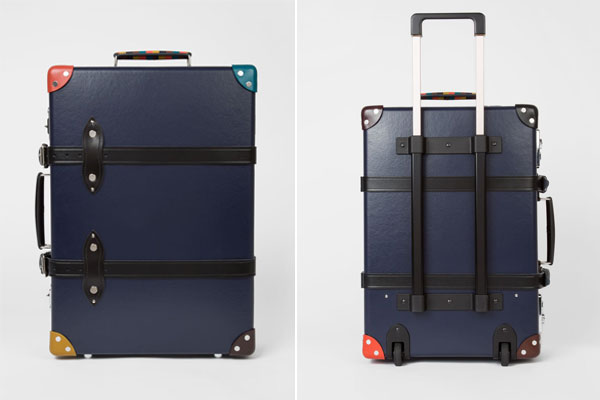 More recently, you’ll be able to spot A-listers from Daniel Craig and Kylie Minogue to Sofia Coppola and Kate Moss jet-setting around the world with a Globe-Trotter in tow. 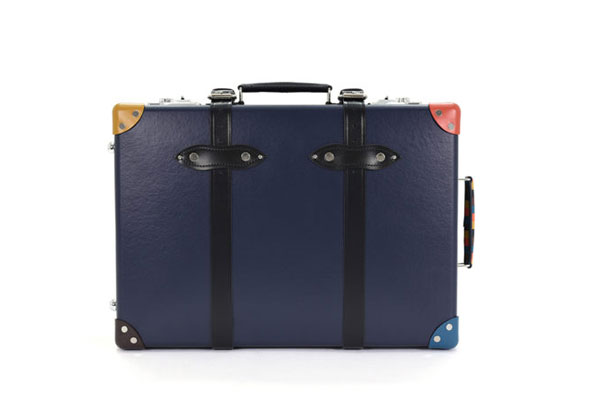 There will be only 120 Paul Smith X Globe-Trotter trolleys, a number that commemorates the latter’s 120 years of existence. While the 20-inch trolley is priced at £1,700, the 30-inch one costs £2,050. Each trolley will be signed by the English designer and is now available online as well as at select Globe-Trotter and Paul Smith stores worldwide. Score one of these and raise your airport style game several notches.