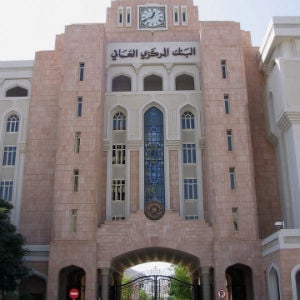 The smallest banking sector in the GCC, Oman, as with neighbouring countries suffered during the regional and global downturn with declining profitability, rising non-performing loans and more difficult funding positions. The Omani banking sector recorded healthy improvement in 2010 and this trend has continued for some banks in 2011 although results have been somewhat mixed.

Better results in first half 2011 have been seen at a number of banks, including the National Bank of Oman and Bank Muscat. The banking sector has recorded improved spreads in 2011, aided by a fall in the cost of funds. In tandem, the yield on earning assets has increased, aided by slight loan growth. Going forward, the market still expects interest rates to rise slowly and this should help to improve margins further but the rise will be muted.

Loan growth for the Omani market going forward is expected to be moderate. The country does not enjoy the substantial public sector spending programmes as initiated by other some other GCC states. In contrast to many neighbours, the private sector comprises around two-thirds of total loans in the Omani banking system. The corporate sector in Oman tends to be cautious and leverage is not significant.

Also in contrast to other GCC markets, Oman up to now has not had an Islamic bank operating in the market. This is about to change following the Central Bank of Oman’s decision earlier in 2011 to approve the establishment of the first Islamic bank, Nizwa Bank, permitting Islamic finance products. Following the issue of the decree to establish Islamic banking, much activity has occurred in the small Omani market from both existing conventional lenders and imminent new banks. The conventional banks are now structuring Shariah compliant products in order to capture a share of the expected expanding market. More recently, Bank Al Izz, which was granted a conventional banking license in September 2010, is now pursuing an Islamic banking license.

Bank Nizwa, with capital of around $400 million, is expected to be open for business in early 2012. It will also have a initial public offering in 2012 with 40 per cent of its share offered to the public.

Much of the growth in loan assets in the Omani banking sector is being driven by consumer lending, reflecting the increase in salaries and the government’s efforts to raise the standard of living for Omanis. Following the moves in the UAE and Qatar, Oman may also introduce stricter personal lending regulation within retail banking. At present, personal lending regulation in Oman is quite relaxed with each bank having its own policy. The only regulation that restricts personal loans by the Central Bank of Oman is a burden rate of 65 per cent which compares to 50 per cent in the UAE, 40 per cent in Kuwait, and 50 per cent in Qatar. Besides this, personal lending can vary between 50 and 68 times an individual’s salary, with some banks offering the loan over a repayment period of 180 months. Personal loans represent around 40 per cent of the total loan book for banks in Oman. This is higher than the ratio seen in both the UAE and Qatar, which are around 30 per cent and 18 per cent respectively.

New rules on lending, if implemented, should help to lift asset quality going forward. Omani banks in 2011 have seen volatility in provisioning. Total provisions for banks in the first half of 2011 increased significantly as impaired loans rose.

This, in turn, negatively impacted net profit and returns at some banks. This trend continued at some banks for the third quarter Bank Dhofar’s net profit for the period ended September 2011, after loss from a legal case of RO26.12 million, provisions for non-performing loans, loan recoveries and impairment of investments, was RO5.74 million in comparison to RO25.40 million achieved in the corresponding period of 2010.

The Omani banking sector achieved a return on assets of 1.7 per cent in 2010. For the full year 2011, returns may be slightly below this as provisions eat into the bottom line.