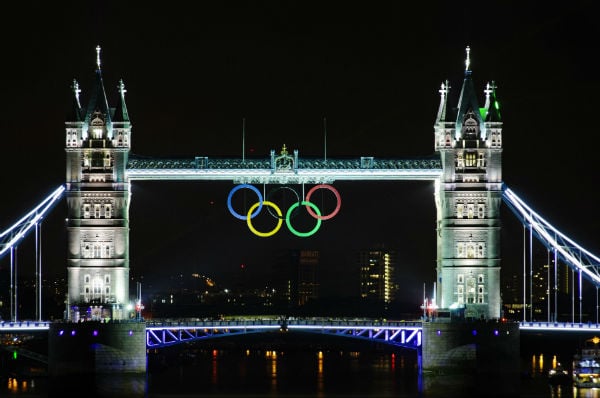 In recent years, London has been in the doldrums. Traffic was an ever-increasing nightmare, the capital’s main public transport system, The Underground, was creaking from the Victorian era and a financial crisis engulfed the seemingly impenetrable City of London for almost five years. Statistics showed that more people were migrating away from ‘The Big Smoke’ for newer pastures abroad. And the weather – of course – was getting worse. London was in a state of depression.

In decades gone by Londoners would have pulled themselves out of such a funk and preserved their smiles, upholding the British motto: Keep Calm And Carry On. But this was different. The optimistic glass-is-half-full outlook that runs through London’s veins was seeping away. The city needed something to pull it out of the gloom. That something was the Olympics.

The irony that London knew it was hosting the “the greatest show on earth” for the last seven years was not lost on its locals. The previous six years, 11 months and three weeks had been used by some, not all, to ridicule the notion that this old city with its ancient public transport and already over-populated streets could withstand a further one million visitors over a period of 17 days.

But a week before London 2012 was due to start there was a change in the air; London began to get excited about hosting the world. The Olympic Park was ready. Large models of the Olympic rings began to spring up around the city – floating on the thames, hanging from Tower Bridge. Even the sun came out, which after the wettest three-month period from April to June in the country’s history, was more extraordinary than normal. Now that the Games were upon her, London decided to do it properly.

So while the athletes ran and threw, cycled and swam, jumped and shot, there was one real winner emerging. London itself was slowly moulding the biggest gold medal of all for its own bestowment.

Whether the feel-good factor that resided throughout the Games lingers in England’s capital now that the Olympics are over remains to be seen; the UK does tend to enjoy dwelling on past success. But in restoring itself back to its rosy perspective, London reminded all who visited her that it was still the greatest city in the world.

Statistics had already proved this before the Games began. The MasterCard Global Destinations City Index survey earlier this year showed that London is still the most visited city in the world, and by some distance, with an expected 17 million visitors this year.

The Olympics reminded the city’s residents, and demonstrated to the world, that it excels at blending the new with the old, while the Olympic Park personified the city’s willingness to embrace change. Rather than ignore its gritty east side, London took the opportunity to change the area’s fortune and give it a facelift. As I stood there staring at the Olympic stadium, the Velodrome, the Aquatic Centre, the Hockey arena and all the surrounding areas of miniature meadows and colourful concrete, it was impossible to ignore that previously this was the most avoided area of London. Now it is a triumph.

There is and always will be the historic draws: Trafalgar Square, the London Eye, the Houses of Parliament, Big Ben, Westminster Abbey, Buckingham Palace, St Paul’s, Tower Bridge, The Tower of London, Oxford Street, Regent Street and Covent Garden. There is the designer shopping at Harrods, Selfridges and Harvey Nichols. There are the long-running theatre shows and the many world famous museums housing infamous culture and art. The hotels are famous in their own right: The Savoy, The Dorchester, The Hilton on Park Lane, The Langham, Claridge’s and The Ritz have all been immortalised through its famous guests, royal dignitaries and cameo film appearances. Even before the Olympics ushered in its new amphitheatres of sport there was Twickenham, Wimbledon, Lord’s and possibly the most famous stadium of them all, Wembley.

If there was ever a time to visit the self-proclaimed ‘greatest city on earth’ it is now. Though the Games are over, the buzz will continue to permeate the city for a few months yet and with many forecasters predicting an Indian summer, there will be few cities in the world with a livelier outdoor atmosphere. Everything will still be there for the next multiple decades of course, but while the city is living off its new lease of life and showing itself with a smile, you wouldn’t find a better time to go. But pack the brolly, just in case.