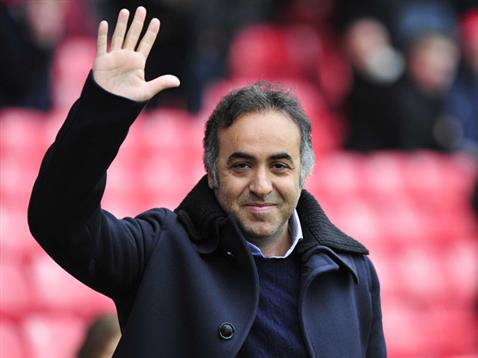 The head of Kuwait’s football association has resigned and one of its top teams has withdrawn from league competition with another to follow, according to reports.

Kuwait Times said both teams were dropping out after complaints against the league’s chaotic disciplinary system.

Fawaz Al-Hassawi, the Kuwaiti owner of English Championship club Nottingham Forest who was appointed head of the national governing body in August, announced his resignation via Twitter on Sunday.

Defender Fahd Al-Hajri was given a red card on November 2 in a Crown Prince Cup match between Kuwait Sports and Kazma Sports Club and suspended for two games after arguing with the referee.

There was then confusion about the second game suspension and whether it applied to just cup games or all games.

Al-Arabi argued it should apply to its match and the club be awarded an automatic 3:0 win but this was rejected by committee chief Saad Al-Bughaili.

Al-Arabi announced on Sunday it was officially withdrawing from the VIVA League after losing the appeal.

“We are convinced that honourable people in Kuwait’s sports scene have become fewer, and therefore we officially announce withdrawing from the VIVA League,” said Abdulaziz Ashour, Al-Arabi’s vice president on the club’s Twitter account. Salmiya is also expected to withdraw, according to the publication.

Al-Arabi later addressed Hassawi directly saying: “Justice and equal opportunities do not exist in your federation. “Your presence in the temporary committee tarnishes your sportive history.”

Local reports yesterday suggested Hassawi has now withdrawn his resignation but there has been no confirmation.

Outside of Kuwait, the businessman has indicated his willingness to sell all or part of Nottingham Forest in recent months, with reports in October suggesting he wanted GBP50m for an 80 per cent stake.

The country has similarly fallen foul of the International Olympic Committee, with Kuwaiti athletes given the choice of performing under the Olympic flag at this year’s summer games in Brazil.