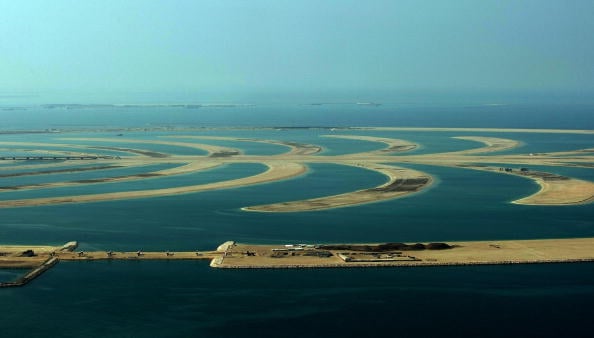 The mega Palm Jebel Ali project in Dubai remains a “long-term” development, the CEO of its developer Nakheel has confirmed.

“We are constantly reviewing the situation and at this point in time we don’t think [we will resume work on it],” Sanjay Manchanda told Gulf Business on the sidelines of the Cityscape exhibition.

Work on the mega development, the second among Nakheel’s Palm projects, began in 2002, but construction was suspended after Dubai’s property market crash in 2009.

The development – ‘almost seven to eight times’ larger than the Palm Jumeirah – was due to feature six marinas, a floating bridge, theme parks and homes built on stilts above the water, among other projects.

“A project of that size can’t just be announced, because we have to be prepared ourselves and then so does the market,” said Manchanda.

“It’s a very strange thing – there’s a lot of commentary in the public domain about oversupply in the market and ‘why are the developers not stopping’ and if we were to launch such a mega project they would say,‘Oh my god, what have they done to the market’.

“But the fact is that it is there and it will get energised at some point of time,” he added.

Manchanda also confirmed that many developers were planning to begin work at The World islands – another master community developed by Nakheel.

The World Islands project, located just off the coast of Dubai, comprises 300 man-made islands and adds over 232 kilometres of new beachfront to Dubai’s coastline.

Up to 70 per cent of the islands were sold when the project was originally launched but work stopped after developers were hit during the financial crisis.

Work has since restarted in parts of the development including on the $5bn Heart of Europe project, being developed by the Kleindienst Group.

The company plans to have two of the six islands and 40 floating seahorse villas completed by the end of this year. It also hopes to have the soft opening of the Portofino hotel on December 30, in time to host New Year celebrations.

“There are a number of people who have started to enquire with us about the World islands,” said Manchanda.

“Some of them have also given their development plans. I think it’s a very encouraging sign – and also it reposes the faith that was there on the World islands – it was just a question of time.

“Heart of Europe came in – so it’s like ‘if they can do it, we can also do it’. So it’s a good impetus to develop there,” he added.

Dubai’s Nakheel unveils rebranding to reflect next phase of growth