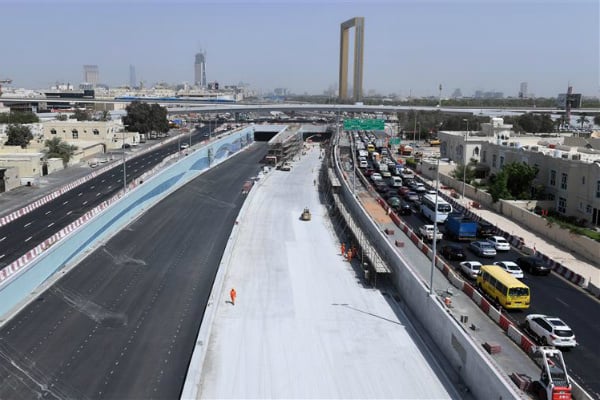 Dubai’s Roads and Transport Authority has announced plans to open a tunnel of four lanes in each direction on Sheikh Rashid Street this Thursday.

The authority said the May 3 opening would “greatly improve the traffic flow” on the street and comes under wider improvement works spanning the Sheikh Rashid and Sheikh Khalifa bin Zayed Streets Intersection.

A two-lane bridge on Sheikh Khalifa bin Zayed Street and a one-lane bridge stretching from Zabeel Street to Sheikh Rashid Street opened in the area in February and have improved traffic flow in the direction of Al Karama and the World Trade Centre junction.

“The project is part of RTA’s master plan for the improvement of roads, bridges, crossings and underpasses to accommodate the growing traffic volumes, and ease the traffic movement in all parts of Dubai Emirate.