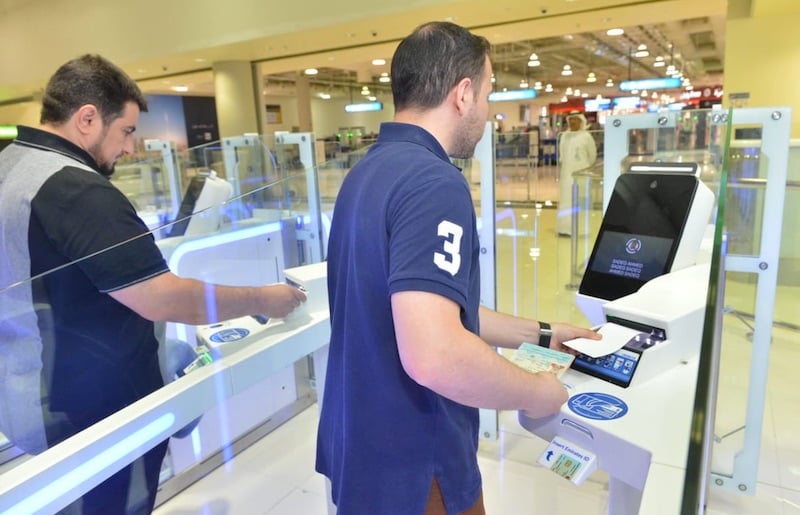 A total of 18 new smart gates have been launched at Dubai International Airport’s Terminal 2 aimed at enabling passengers to pass through immigration quickly, the General Directorate of Residency and Foreigners Affairs in Dubai (GDRFA) revealed on Saturday.

The new gates – including 10 at the arrivals area and eight at the departures area, will allow passengers to clear the immigration process in between seven to 10 seconds, according to the GDRFA.

The gates use face-sensors to scan and identify travellers and indicators guide them through the steps required to complete the process.

The number of passengers using the smart gates increased to 2.63 million in the first five months of this year, compared to 2.16 million during the same period last year, the GDRFA confirmed.

Major-General Mohammed Ahmed Al Marri, director general of the GDRFA, said: “These exclusive smart gates have resulted in the development of intelligent projects at the Dubai International Airports.”

Last year, Dubai Airports also unveiled a small tunnel concept that could be used in the future. This processes passengers via facial recognition and does not require them to produce any documentation.

Airport authorities expect growth of 2.4 per cent next year to 90.3 million and a return to double-digit growth by 2020.

The smart gates can identify a traveller by either their passport, Emirates ID, e-gate card or QR barcode generated via the GDRFA smartphone app.

Passports need to have the data encoded in an optical character recognition format at the base of the identity page in order to be used at the smart gate.

First-time users have to register with an immigration officer after completing the eye scan. However, all Emirates ID cardholders aged 18 and above can use the service without pre-registering.

According to the GDRFA, the smart gates are seven seconds faster than the e-gates when processing a passenger’s credentials.