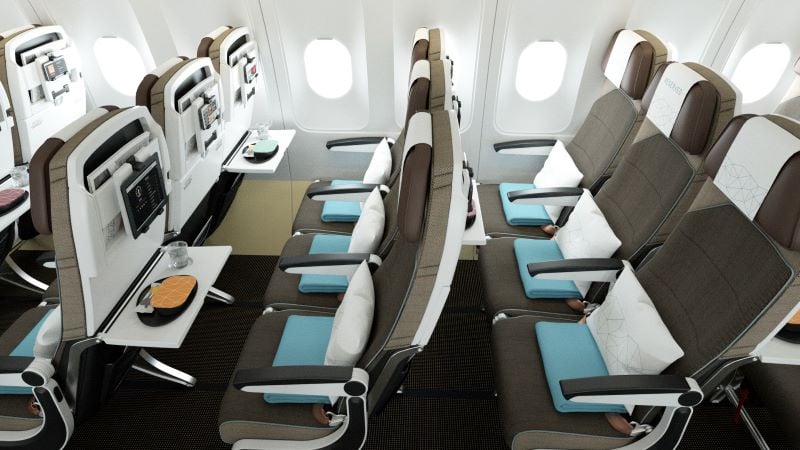 The new seats were revealed at the Arabian Travel Market (ATM) show in Dubai on Sunday.

The economy cabins of the airline’s narrow-body fleet of 23 Airbus A320 and A321 aircraft – which consist of 30 to 35 per cent of the fleet – will be retrofitted, with the change taking effect from May. The narrow-body aircraft are used mainly on short-haul regional services. 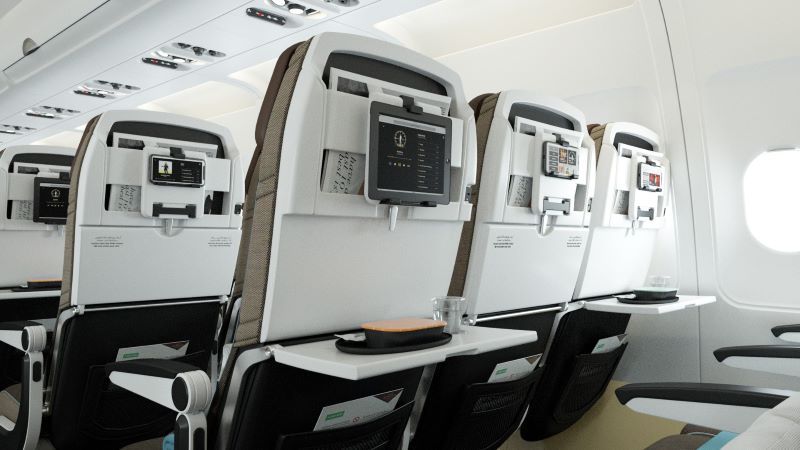 The ‘ergonomically-designed’ seats, which provide increased knee room, don’t feature any TV screens. They instead have USB charging points and an adjustable phone and tablet holder.

Passengers can stream and view inflight entertainment through Etihad’s onboard Panasonic eXW system on their own devices.

They will need to download the new E-BOX STREAM app prior to travel and carry their own personal headphones and chargers. Etihad will send them reminders ahead of their journey and also provide earphones for the first six months on a trial basis.

Removing the TV screens will save the airline 18 tonnes in weight, Jamal Al Awadhi, VP of Product and Guest Experience at Etihad, told reporters.

He also confirmed that the retrofitting process will be completed by September.

Inflight entertainment via personal seat back screens will remain standard in the economy cabins on the airline’s fleet of wide-body Airbus and Boeing aircraft, a statement said.

The airline is also introducing a new and improved economy dining concept as part of which the main course of the complimentary dining service will be a larger bistro-style meal on journeys of over three hours. Dessert items will be served separately with the after-meal coffee and tea service. On shorter flights, dessert will be served with the main meal. 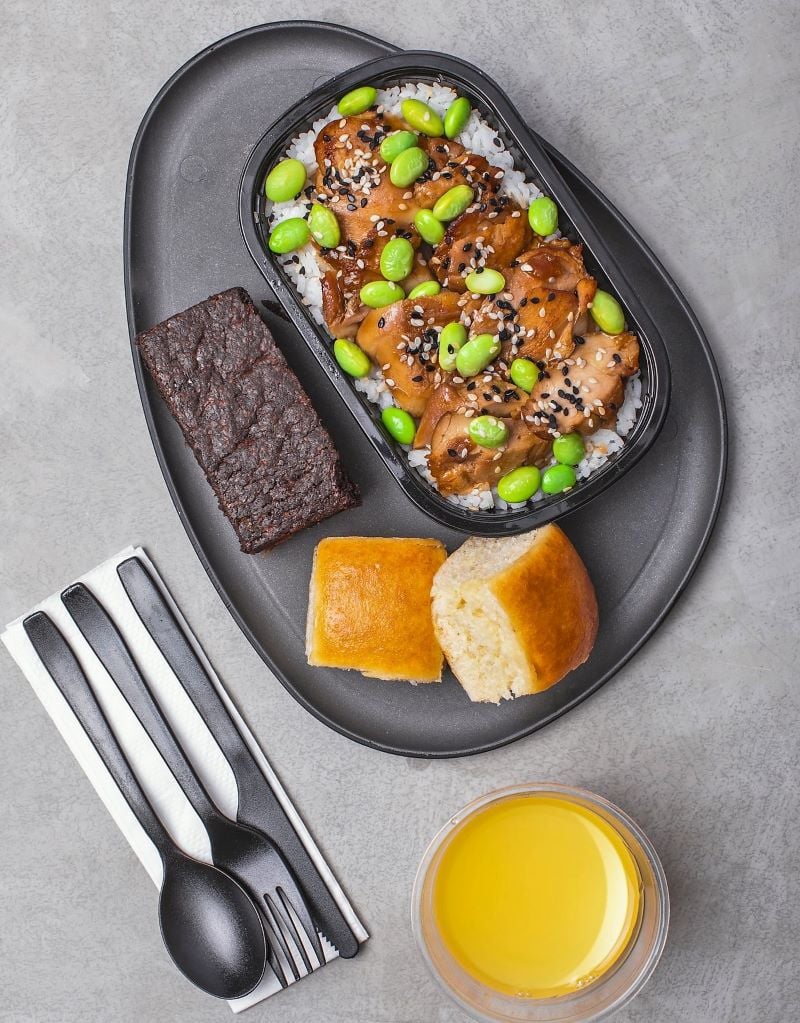 A new curved triangular base plate made using recycled materials will be used, with new cutlery that is 85 per cent lighter, reducing aircraft weight and fuel burn.

Each year, the airline will also remove 27 million plastic lids, and other containers, to help the airline reduce the use of single-use plastics by 80 per cent by 2022.

The airline will also offer its retail menu with offerings such as a Tapas box, hot dishes, sweet and savoury snacks, all available for purchase. The new retail service will also feature products from brands such as Bateel, Starbucks, Thorntons, Cawston Press, Heavenly, Perrier and Barebells.

The investment involved in making the changes was not not disclosed.

The changes are part of the airline’s overall ‘Choose Well’ brand platform. The first stage of enhancements began in 2017 with new seating options such as neighbour-free Seats, economy space, and preferred seats introduced on the wide-body fleet.

Tony Douglas, group CEO, Etihad Aviation Group confirmed that more changes could be expected in the near future.

While the airline is not specifically looking at premium economy or economy plus options, it is something that it may consider, said Al Awadhi.

It has since undertaken numerous changes to restructure its operations.

Abu Dhabi’s Etihad to fly over 2.7 million passengers this summer