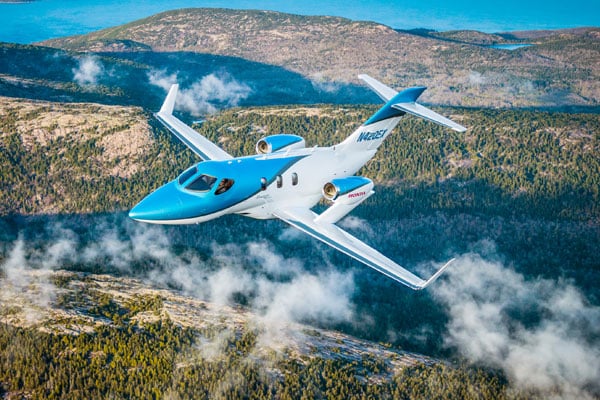 In the 80s, a young Honda engineer – Michimasa Fujino – began doodling the silhouette of a small private jet. Apparently, the inspiration came from a Ferragamo stiletto that was playing on his mind.

Back then, Honda was primarily a car- and bike-manufacturer, but that didn’t stop Fujino from dreaming up a completely tangential product.

Nearly three decades later, those idle doodles served as the blueprint for the Japanese company’s foray into aviation with its first private jet – the HondaJet HA-420.

Fittingly, Fujino, who rose through the ranks, is now the president and CEO of Honda Aircraft Company. 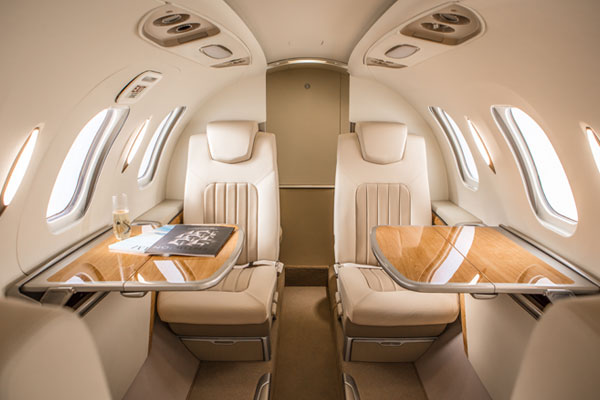 The HondaJet HA420 has been on our radar for the last few months, ever since it received US and European certification. It is now awaiting certification in Japan and China.

While those clearances are imminent, HondaJet has recently introduced an updated version of the HA420 and they’re calling it the HondaJet Elite.

The Elite is a step up from the HA420 and is what HondaJet refers to as “the most fuel-efficient” and “longest range” aircraft in its class. These aren’t hubristic terms bandied out with little regard for facts. With a cruising range of around 1,653 miles (a 17 per cent increase over the HA420) – that’s London to Athens or Dubai to Cairo in a single hop.

The most striking feature of these jets, which are manufactured in Greensboro, North Carolina, is the unconventional position of its engines. Traditionally, engines are mounted to the fuselage. But thanks to a radical innovation from the visionary Fujino, the engines here are instead mounted on pylons above the wings. 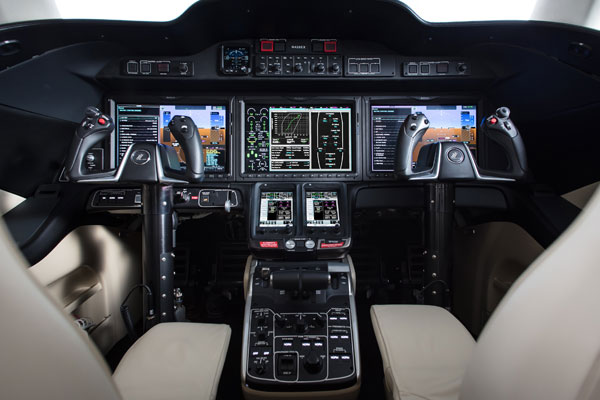 This game-changing design meant many things. It resulted in less drag on the surface as well as lesser noise and vibration – compared to traditional fuselage-mounted engines.

In addition, having the engines located on the top of the wings means more space within the cabin too. That extra space allows for an onboard lavatory – the only aircraft of this size that features one.

The engines are developed in collaboration with GE, and generate 2,000 pounds of thrust each – that’s enough to propel it to a top speed of 485kph and lift it to an altitude of up to 43,000 feet, higher than that of full-sized commercial aircraft. Need to beat air traffic when jetting between countries? Just climb and glide above it.

Each of the wings upon which those engines are mounted is made from a single piece of aluminium. This means fewer fasteners are required on the wing, and the fewer fasteners you have on a wing, the less turbulence you generate.

Meanwhile, the fuselage is made from carbon-fibre instead of aluminium, which not only reduces overall weight, but also creates more space within the interior.

The well-appointed interior has two- toned leather seats, a full-service galley, foldable armrests and hideaway tables (it’s all about maximising the interior space) and WiFi as an option to make sure that business doesn’t stop even when you’re 30,000 feet up in the air. All the jet’s entertainment options, temperature and lighting controls can be operated via a smartphone app. 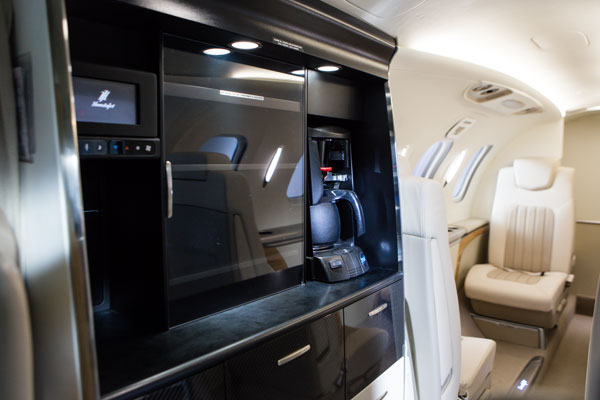 There’s space for four passengers to sit facing each other in the main cabin area. By adding a seatbelt in the lavatory, as has been done in the Elite version of the aircraft, it can – for the company intern, perhaps – be converted into an additional seat for a fifth passenger.

However, the best seat in the house is the one next to the pilot in the cockpit. This aircraft requires just one pilot and so the co-pilot’s seat can be used to accommodate a sixth, and very lucky, passenger who’ll get to see the pilot operating the controls of the all-glass touchscreen controls in the cockpit.

There are ambitious plans that HondaJet has lined up for itself. For example, it hopes that this private jet will double the overall number of private jets in untapped markets like Japan over the next five years.

A case for the advancement of Honda’s aeronautics division is that the technology leaps and material innovations it makes by way of engineering jets can be fed back to its bread-and-butter business of car- and engine-manufacturing, and vice versa too.

At peak capacity the North Carolina facility will be able to turn up eight private jets a month, each with a base price of $5.25m, making the HondaJet Elite the second cheapest private business jet in the world after the Cirrus Vision Jet.

Hands-down though, the HondaJet Elite can fly much further, higher, faster and still remain the most fuel-efficient in its class when lined up against the competition. Clear the runway.