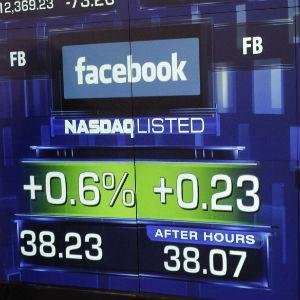 Nasdaq stock exchange has offered to pay $40 million to Facebook shareholders who were affected by technical problems during the Facebook IPO launch on May 18.

Some of the investors had planned to sell shares on the issue day but were unable to do so because of technical glitches. The start of trading was delayed by half an hour and some investors were unsure if their orders had been processed.

Under Nasdaq’s proposal, which is still subject to approval from the Securities and Exchange Commission, around $13.7 million will be paid in cash to investment firms that file valid claims.

The balance amount will be credited to members to reduce trading costs, said Nasdaq.

Facebook’s shares debuted at $38 per share on May 18, rose sharply in early trading, but ended the day only slightly higher at $38.23.

Nasdaq has said that it will reimburse firms who tried to sell shares at $42 or less, but either couldn’t sell or sold at a lower price than they intended.

All benefits are expected to be given within six months for most firms.

Facebook’s much-hyped IPO has been beset with problems since it launched.

Facebook executives and Morgan Stanley, the lead underwriter in the company’s IPO, were sued by shareholders last month for not revealing Facebook’s weakened growth forecasts ahead of its listing.

The company’s share prices have also dropped drastically since the launch, and are currently trading at around $26 per share.