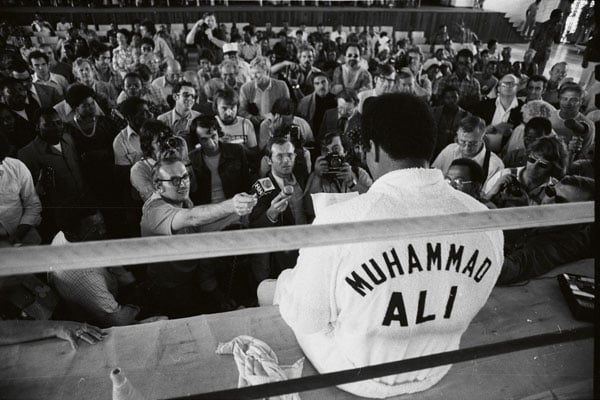 Muhammad Ali was one of those rare breeds of sportsmen who gave people of varied nationalities, cultural backgrounds, political slants and religious beliefs a reason to root for him. He was something to everyone.

Although he fought his last match in 1981, over three-and-a-half-decades later, his name still evokes vivid memories. For some that memory is of him standing over a vanquished Sonny Liston, who he knocked out in the first round to secure the World Heavyweight Championship in 1965, while for others it might be any one of those numerous memorable quotes that are rehashed and used in pop culture references even today.

Why is Muhammad Ali still one of the greatest of all time? Robert Hatefi, the CEO of Muhammad Ali Fragrances, has an explanation. “Muhammad Ali was not only a celebrity, he was a brand.”

Hatefi is a master of branding and marketing having developed Lamborghini’s first mobile phone and worked in advisory capacities at some of the world’s biggest brands including Jaguar, Rolls-Royce and TAG Heuer.

But a few years ago he decided to move beyond the world of techno- luxury and into fragrances. “The global fragrance industry globally is worth about $40bn. Of this, the celebrity fragrance market is 10-15 per cent of the overall industry but is declining because if you take for example someone like Michael Jordan, his name sells a few 100 million of sales of eau de colognes and eau de perfumes in the US, but you won’t find a single bottle of perfume here.”

So then, what made the businessman want to secure the rights to Muhammad Ali Fragrances? In part it was because the pugilist’s appeal spanned four different categories. “He’s a brand because he complies into four categories of popularity – sports, politics, fashion and religion. Most celebrities fit into one or two categories, but Muhammad Ali fits into all four categories.”

Apart from being a prizefighter in the ring, Ali was an unintentional hero in Russia and China where he was seen as a middle-class symbol of resistance to the establishment by his refusing to fight in Vietnam, for example, or calling out the government on various social fronts as well. 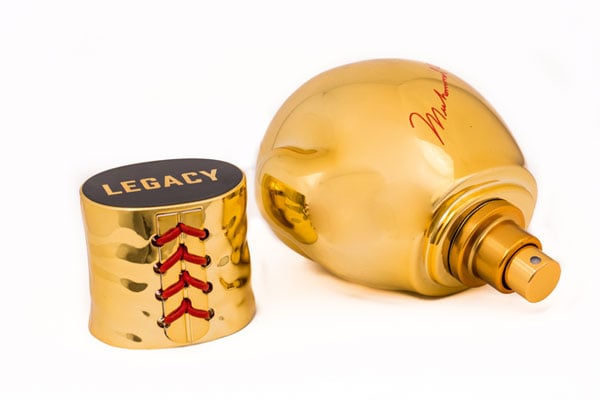 When Hatefi entered into negotiations with the New York-based entity that represented the rights of the Muhammad Ali brand, the negotiations lasted about a year, during which another major luxury group was also pitching for the rights to develop the boxer’s fragrance line.

“We told the entity representing the rights to Muhammad Ali that we are prepared to enter into a 10-year agreement and invest heavily in product development. They finally got back to us and said that they wanted to opt for the prestige positioning of the brand. A typical celebrity perfume ranges from $15 to $45. We’re way above that. We justify not just by the name on the bottle, but by all the other elements we have put into the product to make it unique – the shape of the bottle, the manufacturing process, the quality of the scent and the packaging is all a sum of details through which we strive for perfection.”

Once Hatefi secured the rights to the perfume he began focusing on developing the actual fragrance. He was frank about the fact that he had no prior experience in this industry.

“I am not from the fragrance industry and so I’ve surrounded myself from experts within the fragrance industry. The actual fragrance manufacturer is a French company that also has offices in London and around the world. We approached their London office with the proposal. We appointed a nose, and together with another person and I we sat down to narrow down the selection to seven fragrances that were presented to us by the French company.”

Hatefi explains that the decision to have seven fragrances at the launch stage was because of the significance of the number seven in Muhammad Ali’s life.

To narrow down the types of the seven inaugural perfumes, Hatefi again relied on brand Muhammad Ali to determine his choice.

“He was a sportsman so we said we’ll do three fresh and sporty fragrances; he was a fashionable figure and so we’ll do two classic fragrances; and then he has this religious aspect and sensitivity in the Middle East so we decided to do two oud fragrances.”

Each of the seven fragrances was named after rounds, from Round 1 up to Round 7 and feature the fragrance stored in a victorious closed glove shaped bottle. 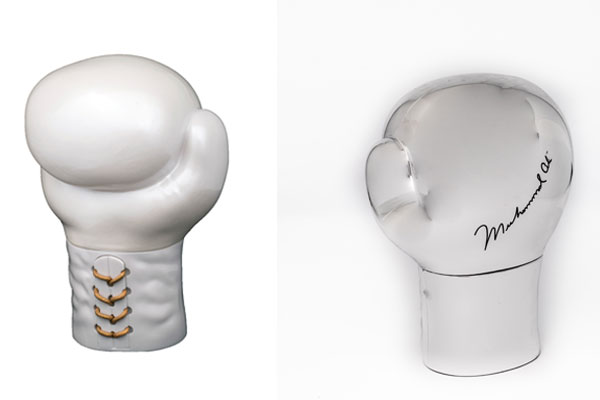 Hatefi has plans to diversify the product lineup far beyond the seven currently available at the Paris Gallery in Dubai and priced between Dhs340-440.

“From here on, we could make, for example, a limited-edition ‘Last Round’ Swarovski crystal, we could also make women’s edition perfume, or even another line named after famous quotes or dates in the boxer’s life. We plan to have 30 points of sale in the UAE and then around 50-60 in the region.”

On the oud fragrance in the lineup, Hatefi explains how Muhammad Ali’s quote “Service to others is the rent you pay for your room here on earth”, was the inspiration to donate a portion of every sale to the Rashid Centre for children in Dubai.

He says that he will measure his success in marketing the product by way of his ability to enter several geographical regions that are otherwise difficult to crack for luxury brands.

Although he’s got his eyes on the big picture, Hatefi is in no hurry. “Time is not necessarily money, it is wisdom. By taking the time, you understand the consequences and exposure better and you acquire the vision and experience to avoid costly mistakes. If you rush in, the amount you lose is much bigger than the amount you gain by waiting and learning.”

A lesson the iconic boxer himself would surely agree with.