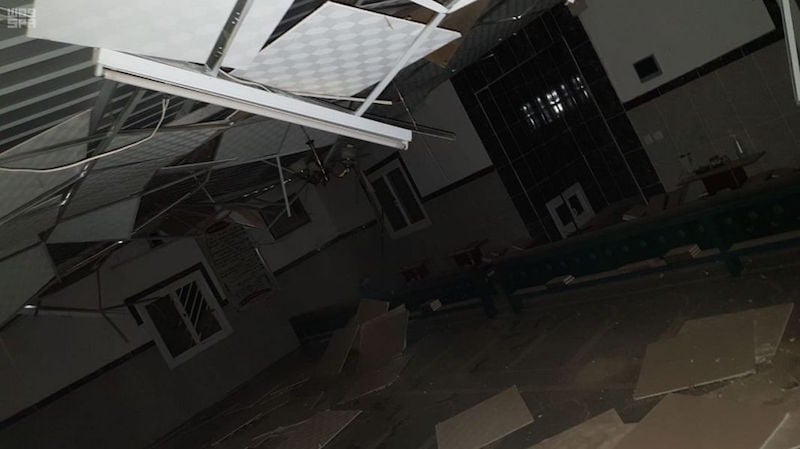 A projectile weapon fired from Yemen towards Saudi Arabia’s Asir region caused material damage to a mosque and the house of a Saudi citizen on Tuesday evening, the official Saudi Press Agency (SPA) reported.

The missile, fired by Houthis, fell in a village in the southern province of Dhahran Al Janub, confirmed spokesman for the Directorate of Civil Defense in the Asir region, Colonel Mohammed Abdul Rahim Al-Assami.

Pictures shared showed broken tiles on the roof and floor of a room. 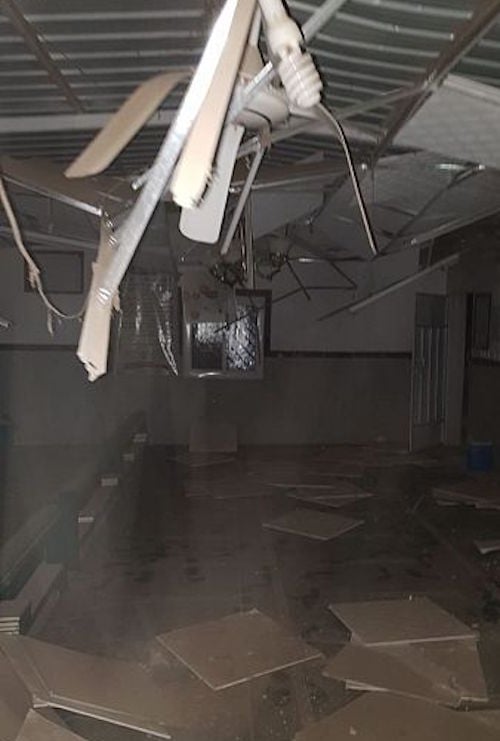 No casualties were reported in the attack, which also damaged an agricultural well, the report said.

Officials are carrying out the required procedures in the incident, the report added.

Missile attacks from Yemen’s Houthis have killed more than 110 Saudi citizens and residents since the kingdom entered Yemen’s civil war in 2015, the Saudi coalition said on Sunday.

The coalition said the number of ballistic missiles fired towards the kingdom was nearly 200.

The kingdom first entered the Yemen civil war in 2015 as part of a coalition to support ousted President Abd-Rabbu Mansour Hadi against the Houthis.

Saudi Arabia and the United Stated have accused Iran for providing the Houthis with missile components, although Tehran has denied any role in the matter.