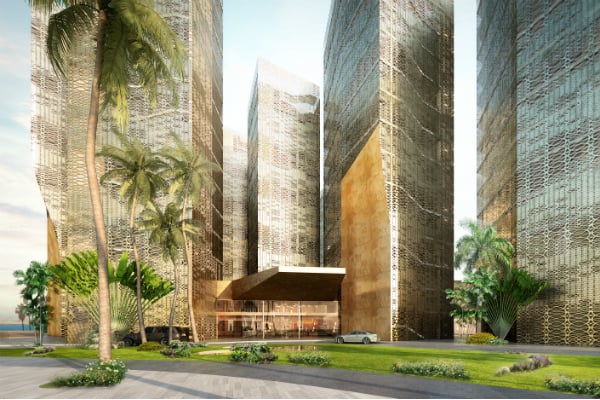 The 339-key resort is located on a 75,000-square-foot plot on the man-made Al Marjan Island. It will have access to a private beach, two swimming pools, a fitness centre, treatment rooms and meetings and event spaces.

Food and beverage facilities will include all day dining, poolside and speciality restaurants and a Sky Bar.

“Ras Al Khaimah has witnessed considerable growth over recent years and with exciting projects such as Al Marjan Island, it will continue to rise as an important tourist destination.” said Ali Hamad Lakhraim Alzaabi, president amd CEO of Millennium Hotels and Resorts in the Middle East and Africa.

“We look forward to supporting its evolution in line with the ambitious plans of RAK Tourism Authority by bringing our global and regional management expertise to deliver an outstanding five-star resort.”

SuperCasa president Abdullah Al Houti said the firm had chosen RAK for it first hotel development due to the emirate’s “huge investment potential and growth opportunities”, adding he was confident the deal would allow the development to “achieve its full potential”.

Millenium currently operates 10 properties in the UAE and has 11 more in the pipeline with its next openings to include Millennium Deyaar Mont Rose Executive Apartments and Grand Millennium Business Bay Hotel in Dubai later this year.

Read: Millennium & Copthorne set to open 10 hotels across the GCC

Across the Middle East the firm will also open a total of 12 hotels to open within the next year with a further 40 planned.

Ras Al Khaimah has seen a host of new hotel announcements in recent months as the emirate embarks on a tourism push to differentiate itself from its UAE peers Dubai and Abu Dhabi.

Last week, UK travel company Thomas Cook said it would be opening a branded hotel in the emirate in November as part of a wider marketing deal to boost the market’s attractiveness to European travellers.