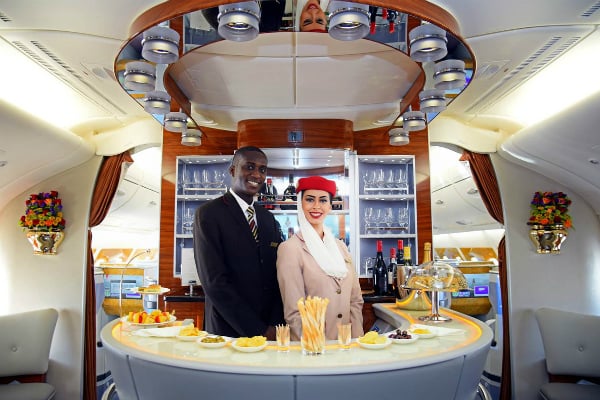 Middle Eastern airlines will account for 10 per cent of the global demand for pilots and 12 per cent of demand for cabin crew over the next 20 years, according to a new report.

Middle East demand for technicians remained constant at 66,000 compared to a projected 4.6 per cent decline globally.

“With the anticipated demand for pilots, technicians and cabin crew in the Middle East, there is clearly a tremendous need to ensure personnel are available to fill those roles,” said David Longridge, vice president of commercial services sales for Boeing Global Services.

Nearly half of new pilots and technicians will be needed to support single-aisle planes with the other half on twin-aisle jets.

However, a higher percentage of cabin crew will be needed on twin-aisle planes due to regulation requiring that more staff are present on larger jets.

Boeing’s projection reflects growing demand for new planes from the Middle East, with the company’s outlook released this week suggesting the region will need 3,350 new planes over the next 20 years worth $730bn.

Of this, nearly 50 per cent will be for twin-aisle jets worth around $520bn. The remainder will be for single-aisle planes with an expected requirement of 1,770 worth $190bn driven by the growth of low cost carriers.

Aviation traffic in the region is expected to grow 5.6 per cent annually over the next 20 years

Boeing secured a $15.1bn order from Dubai carrier Emirates this week for 40 of its B787-10 Dreamliners.