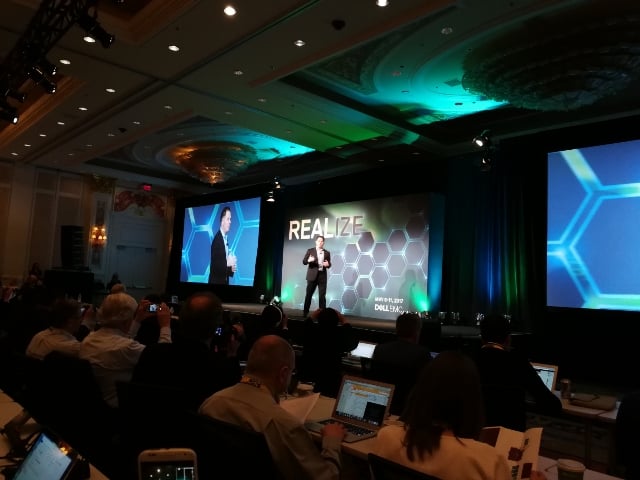 Speaking to Gulf Business, Dell said the company had no plans to dump any of its product lines, which range from PCs to servers, cloud computing and storage solutions, even as rivals like Hewlett Packard continue to downsize.

“We continue to develop and enhance all of the businesses we’re in, we don’t see them going away,” he said.

“Clearly there are some areas where there is a consolidation under way… but the infrastructure solutions and the evolution of the IT organisation, that continues to be a foundation for digital transformation, you can’t transform your business digitally if you haven’t modernised.”

Dell used this week’s Dell EMC World event in Las Vegas to express his support for the company’s PC business – a market that has been hit by years of declining sales – saying it remained “core” to Dell Technologies’ vision and strategy.

Research firm IDC said in January that overall shipments in the market, which includes laptops and personal computers, fell 5.7 per cent year-over-year in 2016.

“For us the average sale price for PC is up not down and its the same for revenues,” Dell said adding the company had increased its market share for 17 straight quarters and expected to continue the trend in Q2 of this year.

Dell also used the event to highlight the benefits of private ownership of his firm as other US technology giants face shareholder pressure.

Earlier this month, US investment billionaire Warren Buffet revealed he had sold a third of his IBM stock, which has declined in value steadily since March.

Dell told Gulf Business that the combined Dell and EMC had an “advantaged” financial structure compared to when they were publicly listed and was spending much less on debt interest than on previous share commitments.

The CEO also insisted there were no plans at present to take any others parts of the business public beyond its only two listed units virtualization specialist VMWare and security specialist SecureWorks.

“Maybe ask me again in another five or 10 years,” he said.

Other topics of discussion included the H1B visa programme, which allows roughly 85,000 technologically skilled foreign workers to be recruited for roles in the US each year.

US President Donald Trump has said he will review the system as part of his focus on jobs for US citizens.

“We believe the highly skilled workers that come in under the H1B visas are incredibly important, to not only our company but the whole technology sector and that’s something we are certainly pretty vocal about with the administration and with the legislators who write the laws and we’ll continue to do so,” Dell said.