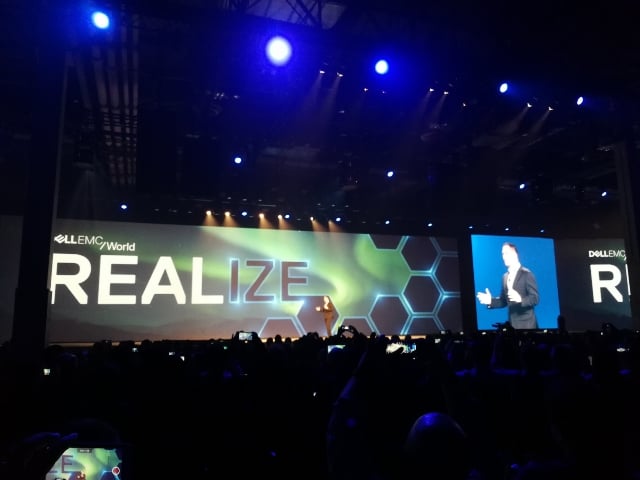 Middle Eastern governments and companies are returning to previously halted IT projects as regional economies recover from the dip in oil prices last year, according to an executive at US firm Dell Technologies.

Speaking to Gulf Business at an event in Las Vegas, Aongus Hegarty, president of commercial business for Europe, Middle East and Africa at Dell EMC, said demand had “dampened” in parts of the region as reduced economic sentiment impacted the market.

“Obviously there have been challenges from an oil perspective that I think had dampened demand in some elements of the region. We’re definitely starting to see that become stronger.”

Research firm IDC said in November it expected ICT spending in the Middle East, Africa and Turkey to pick up in 2017 after what it described as a “particularly challenging year”.

The company forecast ICT spending would grow 3.6 per cent to $243bn this year, from a 1.6 per cent anticipated growth rate in 2016 with the UAE predicted to be the second largest spender at $6.2bn.

“Particularly in the area of public sector, it is no secret in Saudi we’ve seen some slowing down around projects,” Hegarty said.”The early signs are that is starting to lift.

“There is an enhanced focus around the importance of technology and digital within the future of the Saudi economy and other economies across the Middle East as well so I think [there is] a realisation that you can’t hold that back for too long.”

He said progress on this front was more advanced in the Middle East than other parts of the world, with roughly 50 projects to combine office space and other facilities set to conclude by early next year.

During the Dell EMC World event taking place this week, the company announced a number of new products ranging from servers, to a broader cloud portfolio with more flexible pricing and a PC as a service offering, which will be coming to the region in the coming months.

Hegarty said the firm was making significant investments in regional channel partners following the merger as it seeks to cross sell the different products of both companies, which range from laptops to cloud and storage solutions.

On a customer basis, he said Dell was seeing particular demand from regional banks and financial institutions seeking to digitalise their operations and offer more advanced applications and services.