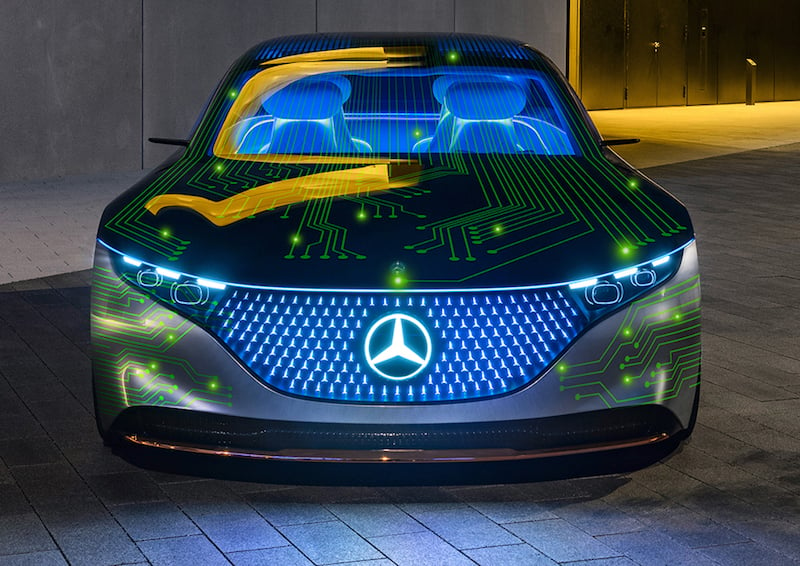 In a joint press release, Mercedes-Benz and Nvidia have confirmed that they have teamed up to develop a revolutionary in-vehicle computing system and AI computing infrastructure that will be used in the next generation of Mercedes luxury cars, expected to make their debut in 2024.

According to NVIDIA’s description, the outcome of the collaboration will be “the most sophisticated and advanced computing architectures ever used in cars” and will feature upgradeable automated driving functions.

The new system is expected to provide automated driving for Level 2 the Level 3 (i.e. self-driving will be available partially or conditionally in special cases), which exceeds the capabilities currently available with Tesla’s automatic driving system.

In addition, the car will have a Level 4 automatic parking system, meaning that the car will be able to park itself completely independently of the human driver.

However, the parking system will not operate without the driver in the car as a precautionary measure in case of an error.

The new driving system will be based on the Nvidia Drive platform that Nvidia developed several years ago.

The collaboration with Mercedes gives Nvidia a greater access and establishes it as a major player in the field of automated driving, one that is the subject of intense competition, and which is expected to grow significantly over the next few years.

Recently, Mercedes-Benz said that it was ending its cooperation with competitor BMW to develop autonomous driving systems.