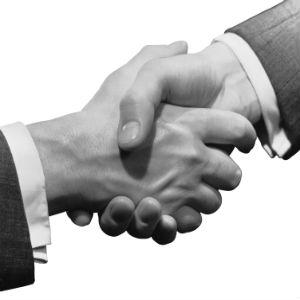 There were 125 announced merger and acquisition (M&A) transactions in the MENA region valued at $6.4 billion during the first quarter of this year, according to S&P (Standard & Poor’s) Capital IQ database.

The Q1 figures are down from the 112 transactions worth $13.8 billion announced during the same period a year ago, according to Richard Peterson, director at S&P Capital IQ.

However, in the first quarter of 2011, the acquisition of a 53 per cent stake in Spain’s Cepsa by Abu Dhabi’s IPIC for around $8.8 billion constituted a major chunk of the entire valuation, he added.

“The trend has been that M&As witnessed declines in every consecutive quarter of 2011, up to the final quarter where MENA announced targets were valued at $3.1 billion,” said Peterson. “In the first quarter of this year, with transactions valued at over $6 billion, there is a reversal in the trend,” he said.

“I think some of the transactions that would have been lucrative last year could have halted because of critical social issues that transpired in some states whereby now we can see the possibility of some deals being done,” he said.

Some of the larger companies have higher cash on their balance sheets and some of the real estate firms in the region have also successfully restructured their debt loads, which could serve as a catalyst for favourable growth of activity in the region, he added.

There is also an increasing trend for more cross border transactions to take place.

A recent report released by Ernst & Young said that outbound deals comprised 64.7 per cent of all the regional M&As in the first quarter of the year.

The top two deals by value during the first quarter of the year were both cross borders deals, worth $2 billion each, according to the report. These deals included Mubadala Development’s acquisition of Brazil’s Grupo EBX and Centurion Investment Company’s acquisition of India’s UAE Exchange & Financial Services.

“Regional investors continue to dominate the M&A market and continue on their path of large international investments for solid assets. This trend will continue going forward,” Phil Gandier, MENA head of Transaction Advisory Services at Ernst & Young said in the report.

According to Peterson, buyers across the world are searching for value and will invest wherever they find it.

“Cross border deals are a way for companies to enter new markets and expand their own operations – whether its Western firms buying in the Middle East or vice versa,” he said.

Mubadala’s $2 billion stake in Brazil’s EBX Group and Etihad Airways’ acquisition of a three per cent stake in Irish airline Aer Lingus last month, are indicative of potential buyers in the region looking beyond their borders, he said.

Conversely, US biotechnology company Amgen announced last month that it would acquire a 95.6 per cent share in Turkey’s Mustafa Nevzat Pharmaceuticals (MN) for $700 million, he said.

Overall, according to Peterson, the global M&A market and the MENA market in particular are heading in the right direction.

“It’s difficult to look ahead because so-called Black Swans or larger events can change trends – for instance in 2003, when merger activity was very low, few people could have imagined in than in 2006 – 2007, worldwide M&A deals would reach over $5 trillion.

“Again in 2008, before the financial crisis, no one could have foreseen the sharp drop in activity,” he said.

“I think the strongest year in terms of deals that involved any type of Middle East participant was well over $120 billion in 2007/ 2008. If we get a fraction of that or if we get halfway to where we were at the peak, that could be a successful year,” he added.