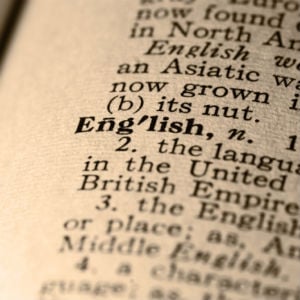 English language speakers in the Middle East and North Africa (MENA) region can earn up to three times as much as those who don’t speak the language, a new survey has found.

The research commissioned by the British Council and carried out by Euromonitor International found that the salary gap between similarly-skilled individuals who speak English and those who do not, ranges from five per cent in Tunisia to 75 per cent in Egypt and up to 200 per cent for some workers in Baghdad.

The study said that private companies – multinational ones in particular – are increasingly driving demand for English in the region.

Industries such as IT and software development, maritime and air freight, telecommunications, banking and finance, tourism and hospitality have the greatest need for English-speaking employees.

“This research shows there’s no doubt that English really can change lives for people in the Middle East and North Africa,” said Nic Humphries, the British Council’s Director of English in the MENA region.

“The ability to communicate in English provides access to opportunities in every facet of life – whether that’s connecting with the outside world through international social media, or getting a better job,” he added.

The research forecasts a year-on-year growth in the number of English speakers, of between five and seven per cent in the majority of countries between now and 2016.